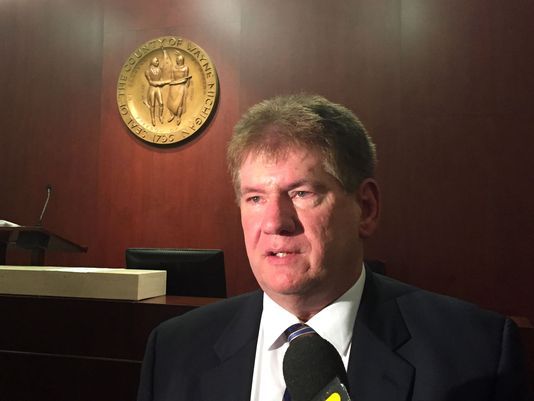 DETROIT ― Following the events of the Charlotesville, VA. attacks, the Wayne County Commissioners took a unanimous stand against racism and bigotry and called for investigations of domestic hate groups.

On Thursday, the commission denounced all forms of bigotry in a resolution introduced jointly by Commission Vice Chairman Alisha Bell, D-Detroit, and Chairman Gary Woronchak, D-Dearborn.

“We are reaffirming our opposition to bigotry in all forms,” Bell said in a press release.

The resolution also urges federal and law enforcement authorities to recognize white supremacist, neo-Nazi, Ku Klux Klan and anti-Semitic groups as domestic terrorists and investigate and prosecute hate crimes as they would all other terrorist acts.

Though recognizing the fundamental American right to free speech, the resolution notes that, “these extremist hate groups promote agendas that are in irreconcilable conflict with our nation’s foundational principles of liberty and justice for all.”

The resolution further states that extremist hate groups “have promoted intimidation and violent repression of individuals solely on the basis of their race, ethnicity, religion, sexual orientation and immigration status.”

In 2015, commissioners also approved a resolution in support of the Campaign to Take on Hate, a grassroots civil rights movement based in Michigan.

That resolution stated that: “Standing on the sidelines while fellow Americans are attacked and vilified is simply wrong and goes against everything our country stands for.”