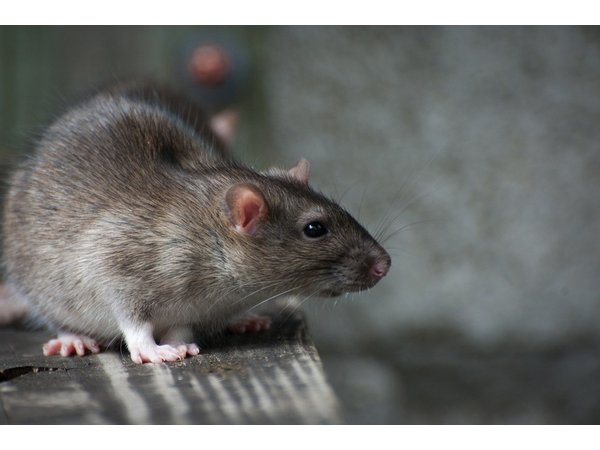 DEARBORN – Construction from commercial development around town is displacing rats and exacerbating a rat issue in Dearborn, Mary Laundroche, Dearborn’s public information director, told The AANews. Laundroche added that the construction is beneficial, overall, to the community.

“We just find it can displace rats in the process,” she said.

“Ongoing road, sewer and building construction projects throughout Dearborn have dislodged rodents from their underground homes, which has aggravated the usual warm weather increase in rodent activity,” stated an Aug. 18 press release.

The release also said Mayor Jack O’Reilly had directed the extensive deployment of 15 city inspectors in order to bolster rodent control efforts throughout the city. The inspectors were specially instructed to concentrate solely on visiting homeowners who have asked the city for help with rodent issues, instead of their normal responsibilities of property maintenance issues and rodent control.

“On that Friday, instead of doing anything else on that particular day, they respond directly to the calls they had received from concerned residents,” Laundroche told The AANews. She said the inspectors referred anything they saw to the city’s rodent control professionals.

“We’ve seen an increase in people contacting us and, at the same time, had some staff turnover that impacted our response time,” O’Reilly said on Aug. 18. “I directed today’s action to make sure our residents with rodent issues understand we are here to assist them.”

Residents who felt they hadn’t received adequate assistance reflected their displeasure on the One Dearborn Facebook Page.

Marylynn Balewski got the debate going with her post on the page.

“So what is being done about the rat problem in Dearborn?” she wrote. “Having my first experience with it and wondering if anyone else here had issues. I have a call into the city and waiting for a response.”

Balewski posted just a half hour later, “got a response from the city”, adding, “I am on the list for checking. Unfortunately getting rid of them on my property does not get rid of the shitty un-kept houses in the area.”

“Yesterday we had a backyard gathering and it was so embarrassing for our guests to see rats running by!” Nada Nodz wrote on August 28. “The issue started for us last week and it’s getting worse now. My neighborhood is kept clean.”

Ali La Pointe pointed out the forced displacement of the animals, writing, “Meanwhile, the rats are wondering when something will be done about this human problem.”

Suggestions of getting mongooses and cats ensued as residents attempted to come up with a solution to the rat issue.

A number of residents expressed their concern with using poisons over traps because of the impact it could have on other animals, perhaps even pets.

“I grew up here and we never had these rats until recently,” Lina Lance wrote. “They need to pack their bags and move on.”

Some residents speculated the construction was a reason for the increase in rat sightings. Amy Griffiths wrote that they are, “A good 2 miles south of construction. Rats don’t wander far, but maybe they are now?”

According to Maria Maust they are.

“To find resources, they (the rats) will travel up to two to three miles, though their normal home range is about 50 meters,” Maust wrote in an article at Columbia.edu. “Their only limitations are food and water. Rats can survive for 14 days without food and will resort to cannibalism if none is available. They will also carry out massive migrations to new areas when crowding occurs, increasing their rate of speed. Once they are introduced to a new area, their populations increase rapidly as they take advantage of nearby resources to reproduce and become established.”

Griffiths later wrote to another Facebook user, “They (the rats) are survivors! A small part of me respects them, but they are also moochers and the ultimate vermin.”

Griffiths has a point. In the Columbia.edu article, Maust also wrote that some people consider Rattus norvegicus to be the greatest mammal pest of all time.

“Currently, an estimated 150-175 million Norway rats live in the United States, causing millions in dollars in damage to crops and buildings each year,” Maust wrote. “A U.S. government report estimated that each individual rat annually damages $1 to $10 worth of food and other material, and contaminates 5 to 10 times more.”

Laundroche said she wants residents to be aware of the difference between a rat sighting and a rat infestation and to hesitate to call unless they see evidence of an infestation rather than just one rat scurrying across their lawn.

She encouraged anyone to call if they think they have a problem, but wanted to make sure people understood there was a difference.

“If the inspectors come out and find that there is no evidence of the rats living on your property they won’t take action on that property, because they are not inhabiting that area but rather passing through,” Laundroche said.

She said that on Thursday, August 17 the inspectors responded to 44 properties and found 10 instances of infestations and 34 simple rat sightings.