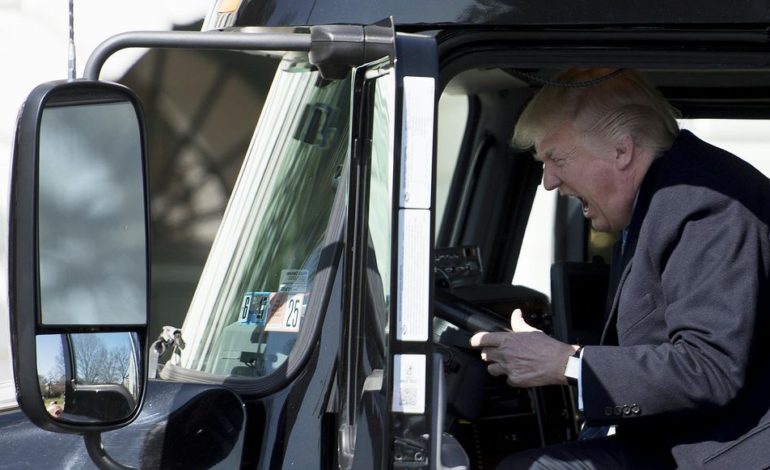 Since his presidential campaign last year, President Trump stirred controversy with his racist and hateful rhetoric towards minorities. Then, his election pulled the trigger on an abysmal spike in racism and hate crimes— making the country’s years of shameful discrimination and bigotry acceptable again.

On Wednesday, Aug. 30, Fox News released a poll revealing that 56 percent of voters surveyed believe Trump is “tearing the country apart.” In our opinion, this cannot even be questioned as he has only divided the country since the day he started his campaign, and more so when he stepped in office.

Also on Wednesday, the United Nations’ human rights chief, Zeid Ra’ad al-Hussein, aptly said in a news conference in Geneva that other than Trump’s discriminatory comments against citizens of his own country, his belittlement of journalists constitutes an attack on the freedom of the press and could inflame crimes against reporters as well.

“I almost feel that the president is driving the bus of humanity and we’re careening down a mountain path… And in taking these measures, it seems to be reckless driving,” Zeid said.

“It’s really quite amazing when you think that freedom of the press, not only sort of a cornerstone of the U.S. Constitution but very much something that the United States defended over the years, is now itself under attack from the president,” he said.

We agree with Zeid, as Trump is undoubtedly bringing back everything the U.S. abolished years ago, which will lead to our indefinite demise as the country known for its freedom and equality.

A journalist’s duty is to report the facts and investigate, so that citizens can educate themselves and interpret for themselves the realities of a situation. And if the president sees these realities as a false image of himself, then he should change his hateful ideology that has done nothing but hurt his country and its citizens.

Last week, Trump called reporters “truly dishonest people” because of their coverage of the Aug. 12 White supremacist rally in Virginia that resulted in the murder of Heather Heyer, a counter-protester, and the injury of at least 19 others. He had said “many sides” were responsible, asserting that counter-protesters should also be blamed, instead of condemning the terrorist, the despicable White supremacist rally and its message.

Our president was even praised by a former Ku Klux Klan leader for his statement, which clearly portrays his creed and the type of supporters he attracts.

“I think there is blame on both sides and I have no doubt about it,” Trump said.

Due to his unconceivable statements and actions, hate will not end, even in one of the most diverse states in the U.S. like Michigan— which holds the highest population of Arab Americans.

On Aug. 8 in Novi, a Muslim family was subjected to racial slurs and hate by a White man at Twelve Oaks Mall. The mother immediately called the Novi Police Department in fear for her children.

The man admitted his crudity to the officers, who were also White, and was reportedly taken to a hospital for mental health issues.

Fatina Abdrabboh, an attorney representing the victims and the executive director of the American Muslim Advocacy League, told The AANews that the police did not do their job. Instead, they said they can’t do anything for the woman.

According to Abdrabboh, the police don’t dictate whether someone should be charged or not, but rather report what they have witnessed as it is the most significant act they take in cases like this. However, she said the report of the incident was, “either sloppy, deliberately biased, or maybe subconsciously biased” in this case.

In fact, the Novi Police Department even told The AANews that the man was not charged, which is telling of how recklessly they took care of it. Such hate speech could have easily turned into a hate crime.

Also, they did not mention that a victim of hate speech can seek a resolution under criminal law, civil law or both.

But again, there’s no one else to blame than the president who has taken us down that road of recklessness as he sanctions his own and others’ freedom of hate and the crimes that come with it.