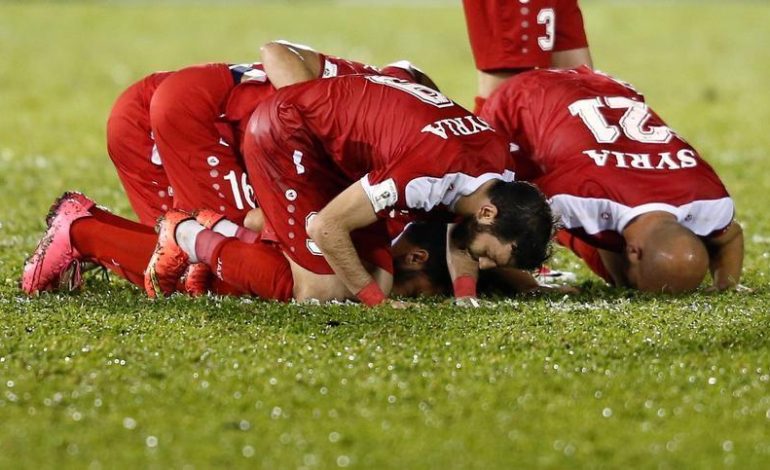 HONG KONG – Against all odds, Syria’s footballers have overcome more than six years of civil war and internal political rifts to raise hopes of qualifying for their first ever World Cup.

Forced to play their home games away due to security concerns, Ayman Hakeem’s Syria have embarrassed a succession of better-resourced opponents to sit third in Group A of Asian qualifying, behind leaders Iran and South Korea.

An unlikely win away to Iran on Tuesday coupled with defeat for South Korea by Uzbekistan in the final round would give Syria second spot and direct entry to the finals in Russia next year. 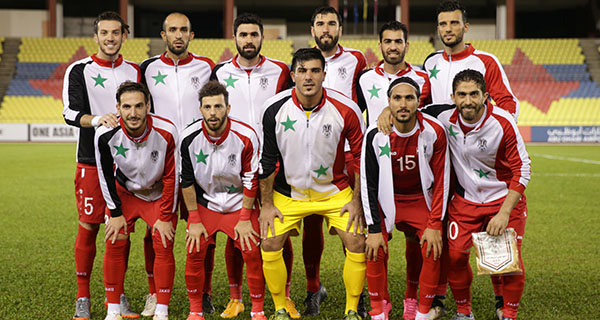 Even if results do not entirely go their way, Syria can still hold onto third spot and have a chance to qualify through two rounds of playoffs.

Political divisions threatened to gut the team early in the campaign, with players refusing to represent their country in protest over the actions of Bashar al-Assad’s regime during the conflict.

But they have softened their stance, with veteran striker Firas Al Khatib ending his exile in March before Omar Al Soma was recently lured back to partner Al Hilal’s Omar Khrbin in attack.

Stadiums in Malaysia have offered sanctuary throughout the final phase of qualifying, with only a handful of Syrian fans able to offer their compatriots support.

Despite being perpetually on the road, the results have continued to stack up.

On Thursday, they defeated Qatar 3-1 at Hang Jebat stadium in Malaysia, eliminating the rich Gulf state and 2022 World Cup hosts from the race to Russia.

Syria face a formidable task in Tehran against an Iranian side that has yet to concede a goal in this qualifying phase.

Carlos Queiroz’s team have been imperious, booking their Russia ticket in June, but the Syrians are bolstered by the return of Al Soma, a player who could turn the tide in their favour. 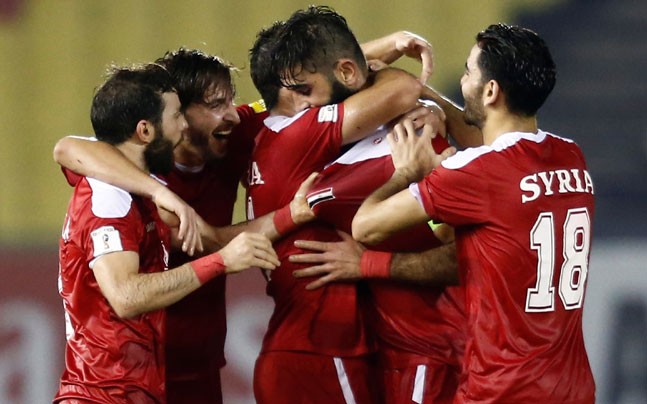 Syria’s most celebrated footballer due to his goal scoring exploits with Saudi club Al Ahli, Al Soma celebrated his return with victory over Qatar.

“Thanks to God, my return to the national team was good,” he said after the game.

”I hope that we can bring joy to our people, who need such joy.

“I will give my best in the next match in order to win and hopefully we can qualify for the World Cup.”

Along with the in-form Khrbin, who struck twice against the Qataris, Syria could have the tools to unlock Iran’s stingy defence.

Asian football is no stranger to war-affected nations making a big impact. Iraq won their first Asian Cup in 2007, at the height of the insurgency triggered by the United States-led coalition invasion in 2003.