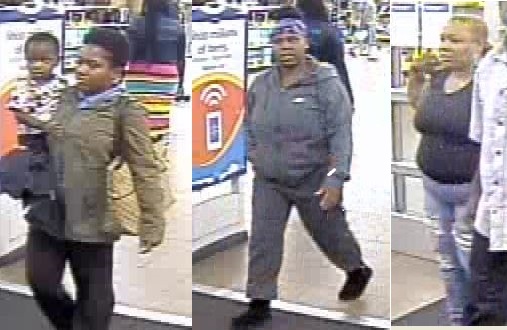 Dearborn — On September 4,  an argument at a local Walmart between four women turned into a fight to remember for the evening shoppers.

A 35 year-old Pinckney resident told police an argument she had with two women escalated into an assault when a third suspect walked up behind the victim and struck her in the head.

As the victim fell forward, the third suspect produced a pepper agent and sprayed the victim in the face, stated a Dearborn Police press release. The three suspects then fled the store.  The victim suffered minor injuries from the pepper spray.

“This type of behavior will not be tolerated in Dearborn,” stated Dearborn Police Chief Ronald Haddad. “I urge the public to come forward and provide us with the identities of these suspects.”

The Dearborn Police Department is asking for the public’s assistance in identifying the suspects in this incident.  Anyone with information is asked to call 313-943-2241 or if you wish to remain anonymous you can call Crime Stoppers at 1-800-SPEAK UP.