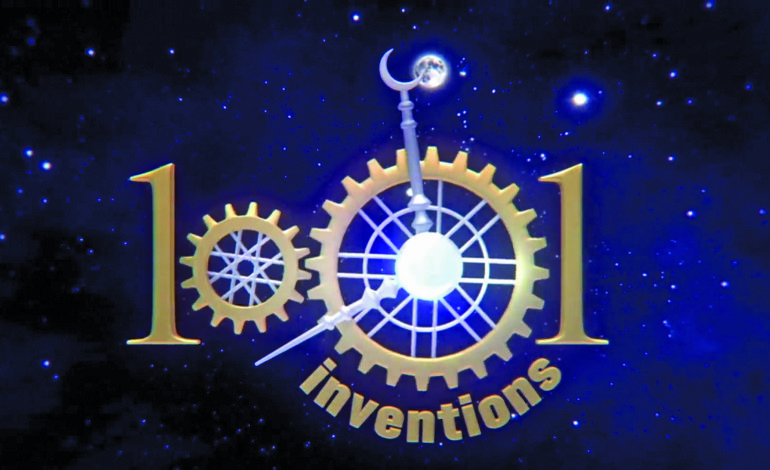 On October 7, the award-winning exhibit “1001 Inventions” will return to the U.S. after a five-year hiatus from the States and it will be open to the public at the Michigan Science Center in Detroit.

Previously, the exhibit was hosted at museums in New York, California and Washington, D.C. Detroit will be the fourth U.S. location to display “1001 Inventions.”

“1001 Inventions” is an educational experience which showcases innovations and knowledge that stretched from Spain to China starting in the seventh century and includes the Golden Age of science from Muslim civilizations. It also debunks the myth that during the Dark Ages there was no global progress or innovation.

The exhibit is highly interactive with hands-on activities and workshops categorized into seven zones: Town, market, school, universe, world, home and hospital. This setup makes the exhibit relatable to attendees.

“1001 Inventions” Director Ahmed Salim said many pieces came together to form the exhibit.

Salim’s personal connection to the exhibition came from when he was a child and the only minority in a school of 2,000 White Europeans.

At 11, Salim felt like an outcast at school for being different and he felt that he was challenged with getting respect from his peers.

“When I personally learned about this stuff, when I realized all civilizations have borrowed from each other and there are highs and lows, good times and bad times, dark ages and light ages and golden ages… and when I started to communicate that, I had a huge amount of respect,” Salim said.

He also said it was a narrative that allowed him to fit in and a way of letting his friends appreciate who he was and learn more about where he came from. It was also a way for his peers to see how he connected to them.

Salim said another component of the founding of “1001 Inventions” was the academics involved who had found that they spent their lives researching the Golden Age and there wasn’t much interest in
the era anymore.

“Another issue was that the study of this period was a dying discipline,” Salim said. “When you looked at the people who were researching this history of science they were all above 70-years-old.”

He said that the study of the era needed new blood and a revival. Educators found that the lowest numbers of students taking science classes were from the underrepresented groups, and educators wanted to engage these groups.

The exhibition works to change perception and illuminate minds.

“When you look at the research from previous venues, and you look at the pre- and post-visitor perception of science and this period in history, there’s an immediate impact,” Salim said.

According to Salim, people have entered the exhibit with certain perceptions about science, but have experienced a paradigm shift in the way they think after experiencing “1001 Inventions.”

One of the key things about “1001
Inventions” is that though science today is about cutting edge and state-of-the-art technologies, there are parts of the exhibition that show ideas that appear more simple.

Salim said that one of the inventors in the Golden Age known as Al-Jazari used pumps to move water, which revolutionized the way land was irrigated.

Since then, this technology of converting rotary to linear motion has been used in countless inventions like vehicles, Salim said.

“It was a useful science,” he said. “Rooted in ‘how can I make things better?'” Before entering the exhibit, attendees will watch the internationally award-winning film titled “1001 Inventions and the Library of Secrets.”

Dr. Tonya Matthews, the CEO and president of the Michigan Science Center, said that for her “1001 Inventions” resonates because it counters the misconception that it takes genius to participate in science.

“You are a writer and a creator,” Matthews said. “Its important that you embrace the kind of technology that allows for your voice to be heard.”

Matthews said there may be fields that are more art, culture or sociology, for example, but all of these fields and their respective professionals need to use technology to make their work greater.

She also said Detroit is unique in that it is well established in STEM and innovation, but it is challenged with finding ways to include everyone.

A remarkable part of each “1001 Inventions” exhibition is that Salim and his team works to personalize the exhibit for each community and city in which it appears.

“Ahmed and his team have been really helpful in making sure that we take advantage of the fact that this exhibition reflects so much of our community and so much of our neighbors and friends,” Matthews said.

Visitors to the Michigan Science Center will be able to experience the exhibit for free with a general admission ticket. This was made possible through the Friends of 1001 Inventions; a group of community sponsors who also made it possible for “1001 Inventions” to come to Detroit.

Salim said the exhibit provides a platform for conversation about things people have in common that have enriched their lives and are global.

“We’ve got this inheritance,” Salim said. “If you look at knowledge and science as inheritance. To make people realize that has all kinds of benefits.”

For more information on the “1001 Inventions” exhibit and the Michigan Science Center, visit www.mi-sci.org The “Friends of 1001 Inventions” made free admission possible to the exhibit. Photo provided by Mi-Sci