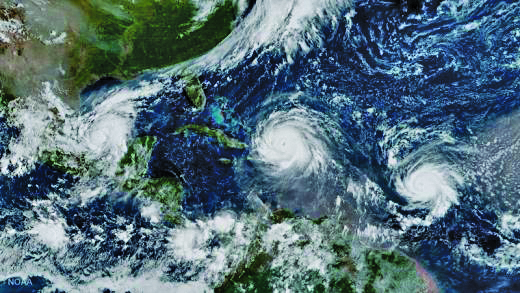 MIAMI — Airlines are racing against the clock to clear as many customers as possible from the likely Florida path of Hurricane Irma, as social and political pressure mounted for carriers to play a bigger role in aiding evacuations.

As the powerful storm threatened to rip through the Florida coast by Sunday, airlines ramped up the number of flights available out of south Florida airports, where operations were likely to temporarily cease through the weekend and beyond.

Despite added service, flights out of the area remained extremely limited, and one big issue is the availability of crew and flight equipment.

American Airlines, which has one of the larger operations in south Florida, said on Thursday it had added an additional 16 flights out of Miami, amid more than 2,400 forced cancellations through Monday.

Delta Air Lines Inc. said it had upsized aircraft and added flights to increase the number of available outgoing seats by 2,000. United Airlines added an additional six flights out of Miami to its hubs, including Newark and Chicago O’Hare.

All three carriers said they planned to mostly wind down south Florida operations by Friday evening.

Under pressure from some members of Congress following social media reports of price gouging, airlines have taken the unusual step of publicly announcing price caps between $99 and $399 on tickets out of areas in Irma’s path.

Airlines’ customer service practices have come under fire in recent months, and just last year, U.S. carriers were cleared in a federal investigation regarding exorbitant fare mark-ups in the wake of a deadly Amtrak derailment that drove up demand for air travel on some routes.

Senator Bill Nelson, a Florida Democrat who had been pressuring airlines to aid in evacuating Florida residents, spoke with airline executives on Thursday and urged them to add more flight outs of Florida.

The FAA is holding twice daily phone calls with airlines to talk about airport conditions.

Also affected by the storm, Carnival Cruise Lines, which has major operations out of Florida ports.