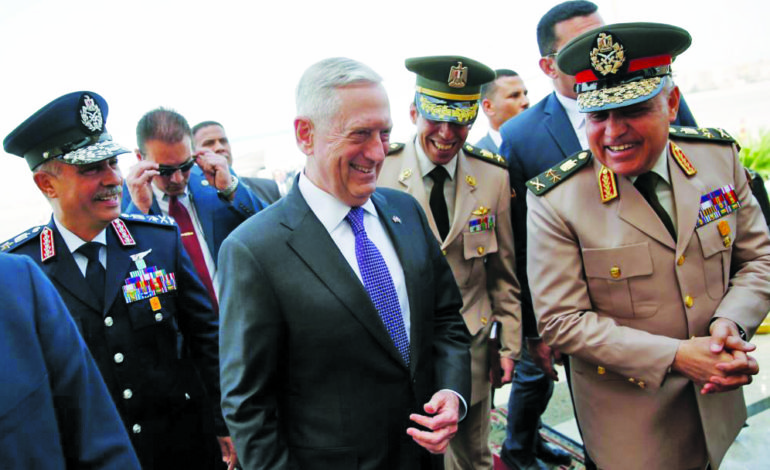 CAIRO — Egypt’s armed forces said on Tuesday that joint U.S.-Egyptian military exercises will resume this month for the first time since 2009, after U.S. officials canceled them in 2013 following an Egyptian army crackdown on protests.

The joint training is usually held every two years but was also canceled in 2011 after the “Arab Spring” uprising that year that overthrew Egypt’s longtime ruler Hosni Mubarak.

The announcement on the “Bright Star” exercises came weeks after President Trump’s administration denied Egypt $95.7 million in aid and delayed $195 million because of its failure to progress on respecting rights and democratic norms.

The exercises will take place from Sept. 10-20 at the new Mohamed Najuib military base in west Alexandria, according to a statement on the Egyptian military’s official Facebook page.

“The Bright Star training is considered one of the most important joint Egyptian-American armed forces exercises, which reflects the depth of relations and cooperation between the armed forces of both countries,” the Egyptian statement said.

Washington provides $1.3 billion in military aid and about $250 million in economic aid to Egypt every year.

Trump has moved to reset U.S. relations with Sisi, giving him firm backing and vowing to work together to fight Islamic militants.