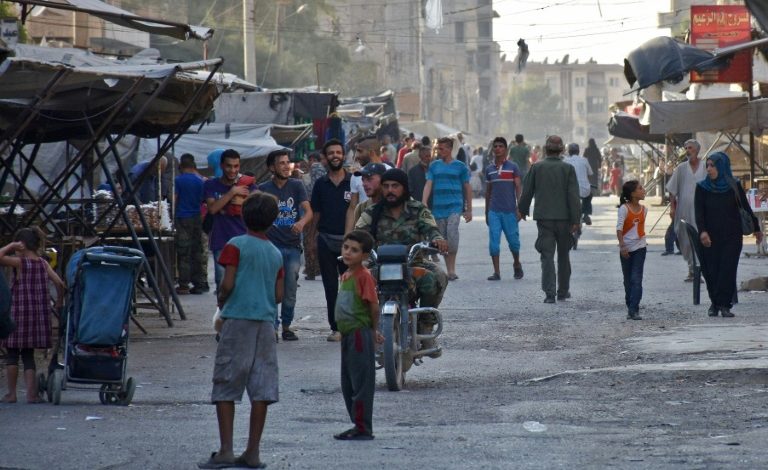 BEIRUT/MOSCOW — The Lebanese group Hezbollah has declared victory in the Syrian war while Russia said government forces had driven militants from much of the country where President Bashar al-Assad’s rule seemed in danger two years ago.

The comments from two Syrian government allies mark the most confident assessments yet of Assad’s position in the war, though significant parts of the country remain outside the government’s control. Russia’s assertion that the army had won back 85 percent of Syria was dismissed by the Syrian Observatory for Human Rights. It said the government held 48 percent of Syria.

On Tuesday, Russia’s defense minister met with Assad in Damascus to discuss joint military efforts and the fight against ISIS.

The government’s most recent advances have recovered swathes of territory in eastern Syria from ISIS, which is being targeted in the same region by U.S.-backed Kurdish and Arab militias.

Hezbollah leader Sayyed Hassan Nasrallah, whose group has sent thousands of fighters to Syria, dismissed the fighting left to be done in Syria as “scattered battles”.

“We have won in the war (in Syria),” he said in comments reported by the Lebanese newspaper al-Akhbar.

Referring to Assad’s opponents, Nasrallah said “the path of the other project has failed and wants to negotiate for some gains”. The comments, made at a religious gathering, were confirmed to Reuters by a source familiar with the speech.

Hundreds of thousands of people have been killed in the conflict, which has fractured Syria into a patchwork of areas and generated a refugee crisis of historic proportions, forcing millions of people into neighboring states and Europe.

Military backing from Iran and Russia has proven critical to Assad in the war with insurgents including rebels who have been backed by Gulf Arab states, Turkey and the United States, which has decided to end a program of covert support to rebels.

Rebel groups were making steady advances against Assad as recently as 2015, when the deployment of the Russian air force to Syria turned the tide in his favor.

Over the past year, Assad has crushed numerous pockets of rebel-held territory in the cities of Aleppo, Homs and Damascus, brokering local deals by which thousands of his opponents have been moved to remaining rebel-held enclaves of the country.

Ceasefire deals brokered by Russia, Turkey, Iran and the United States in remaining rebel-held areas of western Syria have freed up manpower on the government side, helping its advance east into the oil-rich province of Deir al-Zor.