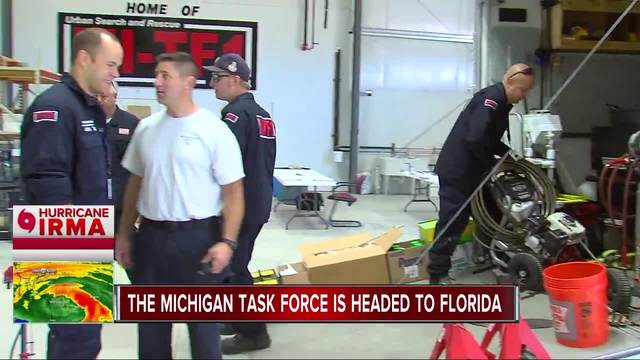 HOLLY – Michigan Task Force 1 (MI-TF1)—a regional task force designed to provide support, expertise and equipment in emergency situations, has been sent home from Florida because the damage from Hurricane Irma wasn’t as bad as expected.

According to reports, MI-TF1 partnered with the Michigan State Police Emergency Management Homeland Security Division to deploy the state’s first Urban Search and Rescue Type III Task Force to an out-of-state assignment. The task force arrived in Florida on September 11 and were given papers to demobilize the morning of September 12.

The task force was created in a response from a request from Florida officials and the demobilization notice came after damage from the hurricane turned out to be less severe than expected.

“They drove through the storm going down there, but they were told the damage wasn’t as bad as anticipated,” said Dave McIntyre, spokesman for the task force. “They are anxious to get back home now.”

“Today is a tough day for our members, who were ready to serve but we are thankful the Florida residents can start the recovery process,” said Shadd Whitehead, leader of the task force and the Livonia fire chief.