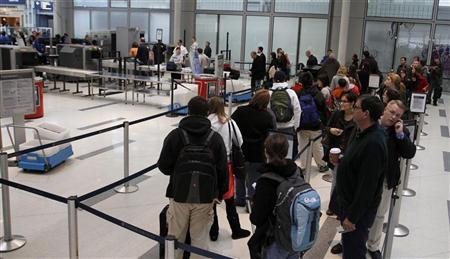 DETROIT — The U.S. government did not violate the Constitutional rights of two Dearborn businessmen, Nasser Beydoun and Maan Bazzi, by routinely subjecting them to extra security screening at airports, a federal appeals court ruled on Tuesday.

Beydoun and Bazzi, both U.S. citizens from Dearborn, accused the government of violating their travel and due process rights by placing them on its “Selectee List” for enhanced security checks. Beydoun is also the founder of the Arab The Arab American Civil Rights League (ACRL).

They said the extra screening has often caused them to miss flights and suffer humiliation.
In a 3-0 decision, the sixth U.S. Circuit Court of Appeals in Cincinnati said the extra burdens that Beydoun and Bazzi claimed to suffer were only “incidental or negligible.”

Circuit Judge Eric Clay said the case differed from lawsuits over being placed on the government’s No Fly List.

“While plaintiffs may have been inconvenienced,” Clay wrote, “these burdens do not amount to a constitutional violation.

“Importantly, plaintiffs have not actually been prevented from flying altogether or from traveling by means other than an airplane,” he added. The government has not confirmed or denied whether Beydoun and Bazzi are on the Selectee List.

A lawyer for the plaintiffs did not immediately respond to a request for comment. The decision upheld two lower court rulings.
Dearborn has a population of roughly 94,000, including a large Arab American community.

Beydoun told The AANews that while the court of appeals ruled against him, the legal battle was not over yet.

He said the ACRL is considering appealing the decision to the full sixth Circuit of Appeals or to the Supreme Court, because of the principle of the U.S. government violating a citizen’s right to freedom of movement.

“It’s not so much about the harm,” he said. “The government has no right to single out Americans for a list that they have no due process to get off of.”

He added that the list has been verified to exist, and that the Justice Department asked him to drop the lawsuit because they have taken him off the list.

Beydoun said he began to notice that he might be on the list in 2013 when he was not allowed to buy plane tickets online.

For years after, Beydoun said he was subjected to secondary screenings and another process before boarding the plane on his way out of the U.S. Getting back in the country, Beydoun said his luggage, all files downloaded from electronic devices and copies made of credit cards and papers before getting cleared from Washington.

It happened ever single time since I was on the list, and I’m not the only one,” he said.