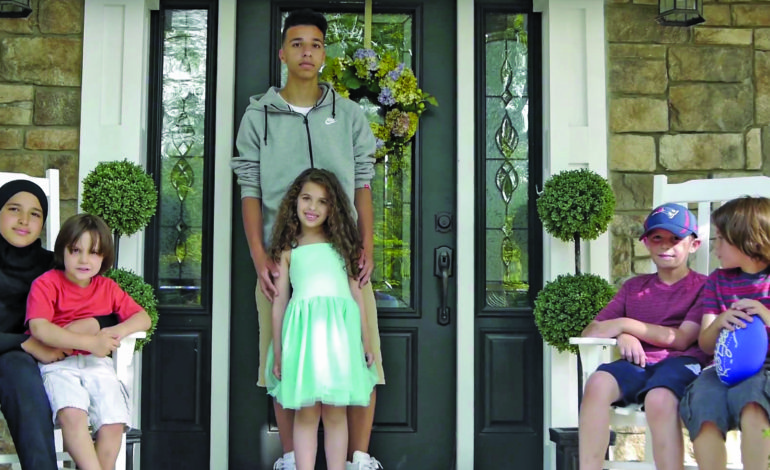 DEARBORN — The cries of a local mother’s children as they were dragged away by state officials still echo after three decades.

Wrongfully accused in 1985 of murdering her 2-year-old son, Rehab Amer relives the horrors of trying to bring her other children back every day. Now, she’s making sure other children’s distress calls do not go unheard and that no other parents endures a similar experience.

Following years painful legal battles that lead to her eventual acquittal and the passing of a state bill inspired by her story, Amer launched a foster care program this year and is working to open a facility in Dearborn that would provide a safe space for children who have lost their parents or whose parents have lost custody of them.

For the Arab and Muslim American minors who’ve lost their parents, AMER (American Muslim Empowerment Resources) would open a temporary shelter until they could be placed in an adoptive home.

AMER would facilitate parents interested in adopting through the process of becoming qualified and licensed to accept foster youths and sibling groups into their homes.

It would also serve as a guide through a convoluted legal system, including in support of families unjustly deemed unfit to be parents by the state’s Department of Social Services.

“I vowed that I would never let a child go through what my children went through,” Amer told The AANews at her Dearborn home, a museum of framed portraits and mementos of her children.

She has gained more experience than she asked for in dealing with the foster care system, but her goal now is to make it easier for those facing similar circumstances.

Amer said that in Dearborn alone, she has worked with more than 17 cases and come across more than 40 foster children within the last year, mostly Iraqi and Syrian refugees.

Some cases are justified, but Amer said social service workers often turn up at the homes of immigrant families who have up to 10 children and cannot speak English because one of their children was injured or fought with a sibling.

“There is tremendous demand in the community,” she said of the facility and adoption. She also said few resources for Arab and Muslim Americans exist.

“Cry from the grave” While the family made national headlines throughout the 90s, Amer spent her time in courtrooms proving she did not kill her son Samier. During visiting hours at a foster care agency, she heard her 4-year-old son Mohammad Ali cry as he wondered why their mother couldn’t visit him, but his father could.

“I wanted to open the door and embrace my son and let him know its not that I don’t wanna see you,” Amer said, adding that social services workers threated to terminate her visiting rights to her two daughters, Suehier and Zinebe, if she did.

For years after, Amer intensified her efforts to bring her children home, as they would appear in court bruised and disheveled. They had been tossed from one foster home to the next, and it was apparent to her they’d been abused.

On Jan. 3, 1989, with her daughters in the courtroom, a judge agreed to restore the Amers’ parental rights if she admitted to killing Samier.

“I did not do that,” a grief-stricken Amer told The AANews. “My son did not have the stress, the bruising, any signs of him being killed.”

The allegations were based on a fracture to Samier’s skull after he fell in the bathtub, but had no other signs of forced trauma.

Just as her daughters – and the truth – grew more distant from Amer, a “cry from the grave” was finally heard when Samier’s body was exhumed for a second autopsy in 2002. A medical examiner concluded the boy had brittle bone disease, a rare and undiagnosed condition that changed the cause of death from a homicide to accidental.

That’s when Amer said a sliver of hope was restored— sparking her advocacy on behalf of parents and foster children nationwide.

With the help of the late state Rep. Gino Polidori (D-Dearborn), then-Gov. Jennifer Granholm signed what is known as the Amer Bill in Dec. 2011. It prioritizes placing a foster child in a home with a familiar cultural and religious environment, introducing “accountability” to the foster care system.

Today, Amer is in talks with city planners and has appeared before the City Council in efforts to amend zoning codes that would allow more than six individuals to reside in a house. State law requires a foster care facility to be in a residential area.

When approved, a 4,500-square-foot foster care facility will open in Dearborn.

“I want to make sure that children are put in an environment that their emotional need is met,” Amer said. “When he wants to speak, when he cries, he is going to be comforted. I want the healing to start from the first day that child is taken.”