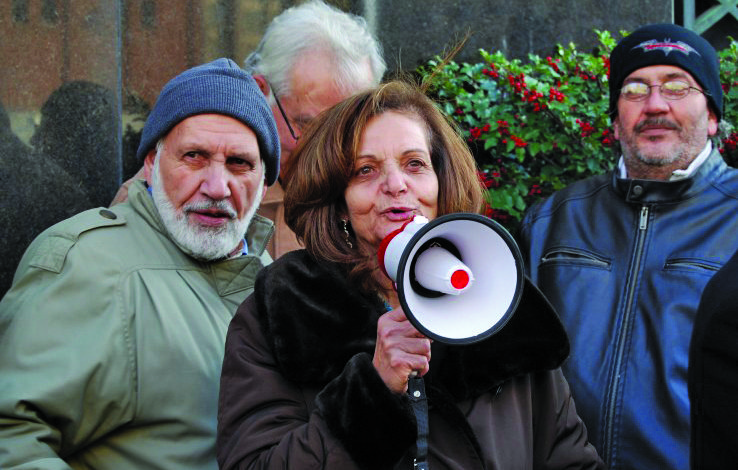 DETROIT — Palestinian activist Rasmea Odeh, was deported to Jordan and left the U.S. from Chicago O’Hare Airport on September 19. Odeh was convicted of lying on immigration forms and sentenced last month.

Federal prosecutors said Odeh lied about being convicted in Israel in the late 60s for two bombings, one of which killed two people.

Odeh previously maintained that she had forgot to put the conviction on the forms because she was experiencing post-traumatic stress disorder. As part of the plea deal, Odeh admitted she had not been truthful on her immigration and citizenship applications.

“Had Odeh revealed the truth about her criminal history, as she was required to by law, she would have never been an immigrant visa, admitted to the United States, allowed to live her for the last 22 years or granted United State Citizenship,” an Immigration and Customs Enforcement (ICE) statement read.

“Upon arrival at the Queen Alia International Airport in Amman, Jordan, she (Odeh) was turned over to Jordanian officials without incident. Odeh is barred for life from reentering the United States,” a second statement read.

Odeh’s supporters held a rally at the airport before she boarded the plane.