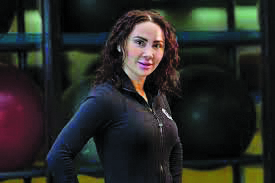 FARMINGTON HILLS — During a pre-exam conference on Friday, Sept. 15, Judge Marla Parker of the 47th District Court scheduled a preliminary hearing for Nov. 17 to determine whether Muhammad Altantawi, 16, will be tried for the death of his mother, 35-year-old Nada Huranieh.

Altantawi is accused of throwing his mother out of an upper story window of the family home on Aug. 21 and has been charged as an adult with second-degree murder. He is being held in without bond at Oakland County Children’s Village.

Although the authorities have not revealed much about their investigation, multiple sources, including court records, show there’s been tension in the home. Huranieh and her husband, Bassel Altantawi, had filed for divorce and were living separately at the time of her death. He also violated orders for supervised visitation and, according to court records, had a problem with how his wife was raising their children to grow culturally “Americanized”, which he thought to be in conflict with their Syrian and Islamic roots.

Muhammad Altantawi and his younger sisters, age 14 and 12, were in Huranieh’s sole legal custody at the time of her death.

Custody of the children remains to be determined. According to a petition filed in probate court by Serene Zeni, a family friend and attorney, the investigation of Huranieh’s death is also examining “whether other individuals are involved.”