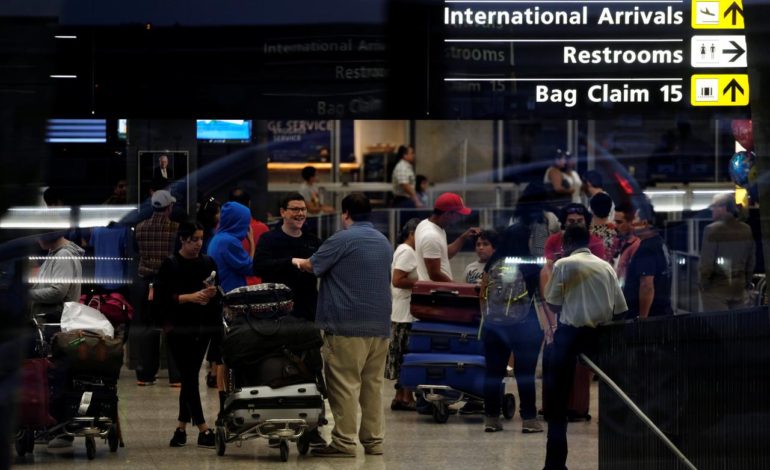 The Court acted after the White House announced on Sunday it was replacing the temporary executive order with a more tailored ban on eight countries that legal experts said could be harder to fight in court than the prior ban.

The new ban is Trump’s third.

Trump’s March 6 temporary travel ban, which replaced another ban from January and expired on Sunday, targeted six Muslim-majority countries. It sparked international outrage and was quickly blocked by federal courts as unconstitutional discrimination or a violation of immigration law.

In June, the Supreme Court allowed a limited version of the ban to go ahead while the justices examined its legality. It was preparing to hear arguments on Oct. 10, before removing the case from its schedule on Monday.

The Sunday proclamation could be less vulnerable to legal attack, scholars and other experts said, because it is the result of a months-long analysis of foreign vetting procedures by U.S. officials. It also might be less easily tied to Trump’s campaign-trail statements some courts viewed as biased against Muslims.

“The greater the sense that the policy reflects a considered, expert judgment, the less the temptation (by courts) to second-guess the executive,” said Saikrishna Prakash, a professor at the University of Virginia School of Law, in an email. “It looks less like a matter of prejudice or a desire to fulfill a campaign promise.”

In 2016, more than 72,000 non-immigrant and immigrant visas were issued to the countries covered by the new ban, excluding Venezuela, with nearly half of those going to Iran. The new ban provides some exemptions for Iranians with valid student visas. Only nine North Koreans immigrated to the United States in 2016 and 100 were granted non-immigrant visas.

The new ban is set to go into effect on Oct. 18, but it already applies to five of the six countries covered by the March 6 ban, according to a State Department cable issued on Sunday and obtained by Reuters.

Sudan was dropped from the list of banned countries after the Sudanese government provided information required under the new criteria set out by the Trump administration earlier this year, a White House official said on Monday.