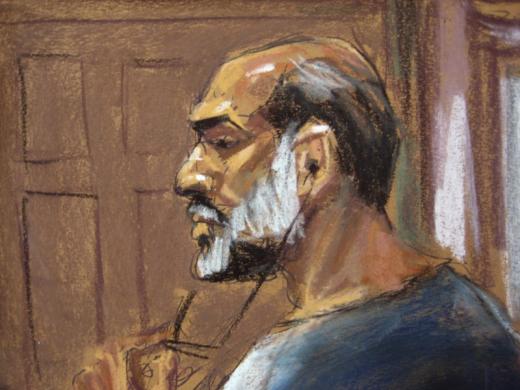 NEW YORK—A U.S. appeals court on Thursday upheld the conviction on terrorism charges of Suleiman Abu Ghaith, a Kuwaiti-born cleric who was a son-in-law of Osama bin Laden and spokesman for the al Qaeda leader.

Abu Ghaith, 51, who is serving a life sentence, had claimed that the evidence did not support his conviction for conspiring to murder Americans, and that the indictment failed to detail how he had provided material support of terrorism.

But the 2nd U.S. Circuit Court of Appeals in Manhattan found “overwhelming” proof that Abu Ghaith knew of al Qaeda’s goal of killing Americans and intended to participate, even if he did not know details of any specific planned act of terror.

It also said speeches where Abu Ghaith told Muslims it was their duty to fight for al Qaeda, perhaps in attacks against “new” American targets, “provided material support to Al Qaeda by spreading its message to the world and encouraging others to join its terrorist cause.”

The unsigned decision by a three-judge panel also rejected Abu Ghaith’s challenges to how jurors had been instructed.

Zoe Dolan, a lawyer representing Abu Ghaith, did not immediately respond to requests for comment.

Abu Ghaith had been appealing his March 2014 conviction by a Manhattan federal jury for conspiring to kill Americans, conspiring to provide material support for terrorists, and providing such support.

Prosecutors had portrayed him as a charismatic mouthpiece for al Qaeda after the Sept. 11, 2001 attacks, who recorded inflammatory videos to attract new members.

At his September 2014 sentencing hearing, Abu Ghaith had appeared unrepentant, telling U.S. District Judge Lewis Kaplan that “at the same moment where you are shackling my hands and intend to bury me alive, you are at the same time unleashing the hands of hundreds of Muslim youths.”

Abu Ghaith is serving his sentence at the “Supermax” prison in Florence, Colorado.