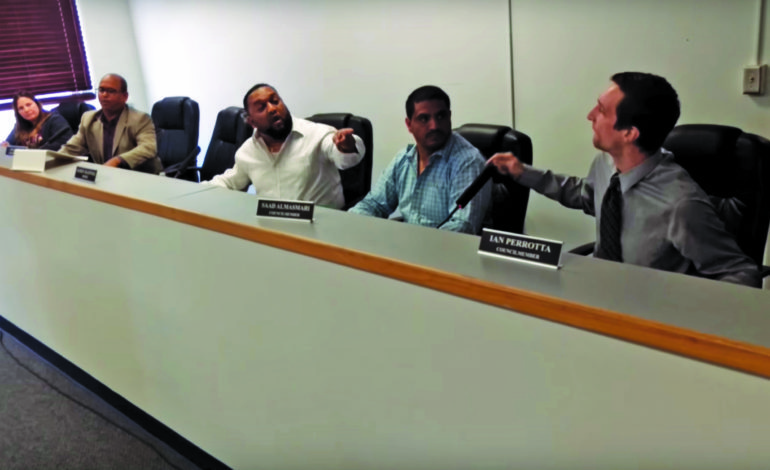 HAMTRAMCK— The Hamtramck City Council’s proposed resolution to censure Councilman Ian Perrotta over controversial comments he made about immigrants earlier this month was removed without any explanation.

The council did not vote Tuesday on the resolution introduced by Councilman Anam Miah that called for Perrotta to be “publicly censured for remarks he made” during a radio interview. The resolution said Perrotta’s “bigoted comments” spread “hurtful stereotypes about European and Western cultural superiority over many of the immigrant cultures represented by members of this council and the broader community.”

The Michigan chapter of the Council on American-Islamic Relations also shared its support for the resolution in a statement Tuesday.

When speaking on WWJ-AM 950 last month, Perrotta blamed immigrants for the trash problem in Hamtramck.

“There is an issue with trash in Hamtramck,” he said. “I think some of it comes from the fact that some of our immigrant population comes from areas where regular trash collection and sanitation is not available or not a priority.

“The previous iterations of the immigrant population were more Europeans, who maybe came from places that had similar methods of sanitation,” Perrotta added. “The current wave of immigrants is primarily from Yemen and Bangladesh.”

He apologized during the meeting to anyone offended by his comments.

“I never meant to disparage any group of Hamtramck residents,” he said. “It is very unfortunate that that was the way it was construed… but please note that I said what I said out of a duty to all Hamtramck and all residents because our responsibility is to take action and ownership of the problems and anything that is going on in Hamtramck. If we don’t address problems that are at hand, they will never be solved.”

About 25 people attended the meeting. Some believed Perrotta was misquoted, while others did not.

“He was not misquoted,” said Bill Meyer, executive director of One Hamtramck, which works to bring communities together. “You were trying not to offend anybody but unfortunately you did and you caused this problem.”