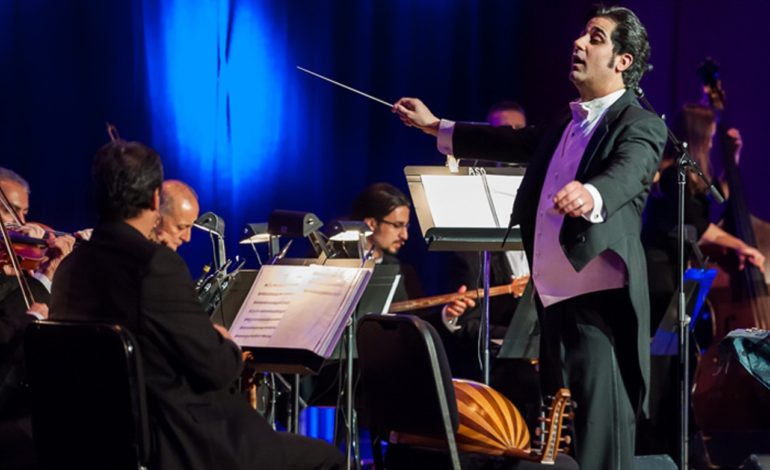 DETROIT –  Join the National Arab Orchestra as the curtain rises on its eighth season of thrilling audiences of all nationalities and cultures.

“A Night of Tarab” will feature musical splendor and surprise performances from the Dearborn Fordson High School Choir.

The term “tarab” is used in Arab culture to describe the emotional effect of music, but it is also associated with a traditional form of art-music.

Michael Ibrahim, the orchestra’s musical director, will be the conductor that evening.

“We are so pleased to be back on the road after many hours of rehearsal and fine-tuning” he said. “There is nothing more satisfying for us than to please an audience with music that evokes so many memories and feelings.”

Ibrahim told The AANews the Middle Eastern performances offers an unbiased perspective for people nationwide to learn about the culture.

“It’s one of the only artforms that could really bring people together and change the narrative,” he said.

This season’s inaugural event will begin at 7 p.m., Sunday, October 1 at the Ford Community and Performing Arts Center on 15801 Michigan Avenue in Dearborn.

Tickets are on sale now and can be purchased by visiting dearborntheater.com or calling 313-943-2354.