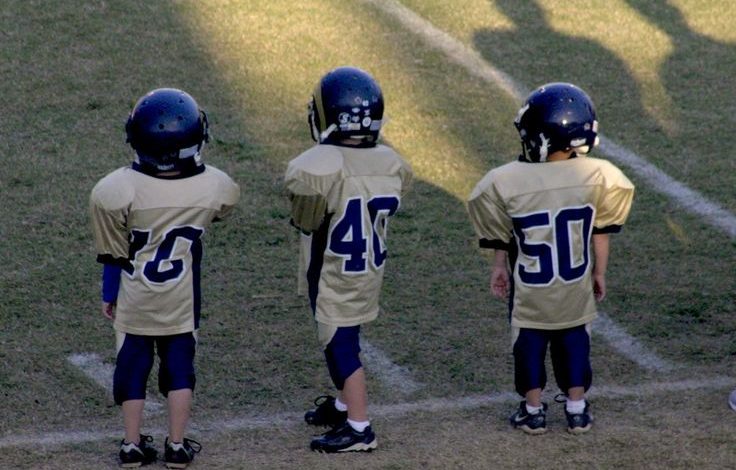 Boys who start playing American football before their 12th birthday may be at sharply increased risk of behavioral and mood problems later in life compared to peers who hit the gridiron later, according to a recent U.S. study.

Among former professional, college and high school football players, those with earlier exposure to the game were more than twice as likely to report impairments in regulating their behavior, while they had triple the risk of depression symptoms, Dr. Robert Stern of Boston University and his colleagues found.

“The findings suggest that being hit in the head repeatedly during what might be a critical window of neurodevelopmental vulnerability may increase risk for later-life emotional, behavioral and executive dysfunction,” Stern told Reuters Health in a telephone interview.

Repetitive head impacts, even when they do not lead to a full-fledged concussion, are associated with cognitive, behavioral and mood problems in ex-football players, Stern’s team writes in Translational Psychiatry. Repeated blows to the head are also associated with chronic traumatic encephalopathy (CTE), a degenerative brain condition that can only be diagnosed after death.

Not everyone exposed to repetitive head impacts develops CTE, the authors stress, so other factors — including age at first exposure to play — may make a person more or less vulnerable to lasting brain damage.

The researchers had 214 former football players complete a battery of tests of behavior, mood and cognition by telephone. Those who began playing before age 12 — just under half of the group — had more depressive symptoms and more apathy than those who started playing later.

Executive functioning, a set of mental skills that help people stay organized and get things done, was also worse, on average, in the players who started football earlier. These players also had more difficulty regulating their behavior.

Youth football players sustain about 250 head impacts per season, and repeated head impacts have been associated with changes in the white matter of the brain, Stern noted.

“The brain undergoes dramatic maturation and growth throughout childhood and adolescence, but there are several brain structures and the functioning of certain areas of the brain that reach peak development during the years between ages 10 and 12 in males,” he added.

“Right now there’s a lot of discussion about whether youth football is indeed a safe thing for children to be doing,” Stern said. “Maybe we should rethink how healthy and safe it is to expose children to repeated blows to the head through youth football.”

The study is “important work,” said Dr. Joel Stitzel of Wake Forest School of Medicine in Winston-Salem, North Carolina, but he noted that the study participants — whose average age was about 51— were playing before the risks of head injury in football were well recognized.