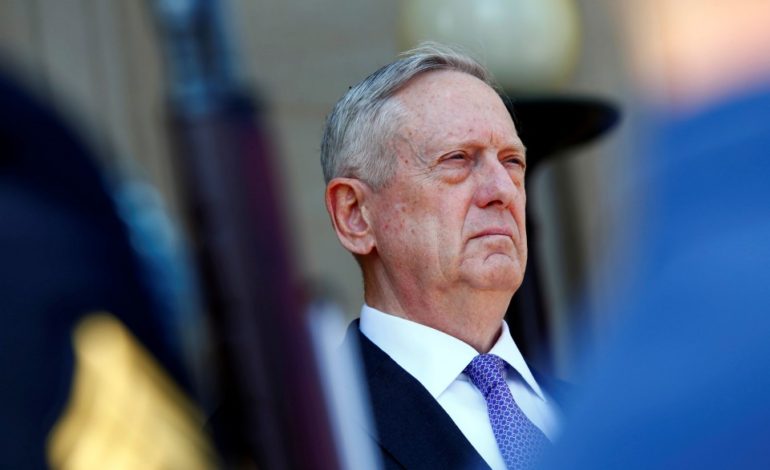 WASHINGTON – U.S. Secretary of Defense James Mattis said on Tuesday the United States should consider staying in the Iran nuclear deal unless it were proven Tehran that was not abiding by the agreement or that it was not in the U.S. national interest to do so.

Though Mattis deferred to President Donald Trump’s review of the agreement, the defense secretary’s view was nonetheless far more positive than Trump who has called the deal agreed between Iran and six world powers in 2015 an “embarrassment”.

Trump is weighing whether the deal serves U.S. security interests as he faces a mid-October deadline for certifying that Iran is complying with the pact, a decision that could sink an agreement strongly supported by the other world powers that negotiated it. Secretary of Defense James Mattis, accompanied by Chairman of the Joint Chiefs of Staff General Joseph Dunford, testifies before a Senate Armed Services Committee hearing on the “Political and Security Situation in Afghanistan” on Capitol Hill in Washington, U.S., October 3, 2017. REUTERS

“The point I would make is that if we can confirm that Iran is living by the agreement, if we can determine that this is in our best interest, then clearly we should stay with it,” Mattis told a Senate hearing.

”I believe at this point in time, absent indications to the contrary, it is something that the president should consider staying with,” Mattis added.

The White House had no immediate comment on Mattis’ remarks.

If Trump does not recertify by Oct. 16 that Iran is in compliance with the agreement, Congress would have 60 days to decide whether to reimpose sanctions on Tehran suspended under the accord.

That would let Congress, controlled by Trump’s fellow Republicans, effectively decide whether to kill the deal. Although congressional leaders have declined to say whether they would seek to reimpose sanctions, Republican lawmakers were united in their opposition to the deal reached by Democratic former President Barack Obama.

A collapse of the deal could trigger a regional arms race and worsen Middle East tensions.

Last month, the top U.S. military officer said Iran was complying with the pact curbing its nuclear program and warned that any American decision to walk away from it would make other nations less likely to enter into agreements with the United States.

Marine Corps General Joseph Dunford, Chairman of the Joint Chiefs of Staff, had said previously that Iran was complying with its obligations under the nuclear deal, but had increased its activity in other areas.