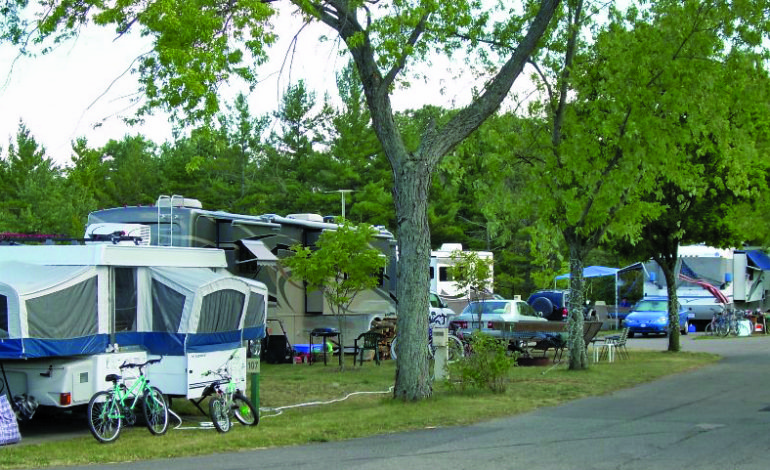 DEARBORN — During a candidate forum hosted by the Dearborn Area Board of Realtors on Wednesday, Oct. 4, the incumbent mayor and City Council members addressed the possible sale of 40 acres of Camp Dearborn, which has had residents fretting on social media.

According to a press release by the city, 40 of Camp Dearborn’s 626 acres may be sold to improve the park, located in Milford Township in Oakland County.

“The city of Dearborn has started discussions about future improvements at Camp Dearborn, including investing in [Trailer Village 2] and taking progressive steps to ensure all trailers at the park in Milford meet state and camp standards,” it read.

Accordingly, proceeds from the sale of the northwest corner of Trailer Village 2 (TV2) could be reinvested back into Camp Dearborn to renovate other recreational vehicle sites and enhance infrastructure in the area. The statement further explained that around 185 mobile homes and 18 recreation vehicles have year-to-year leases in the 40-acre segment that may be considered for sale.

It said that most of the trailers have exceeded their projected life span at more than 50 years old, making maintenance difficult. Some have also had faulty wiring, causing fires.

“It also has led to complaints about the appearance of the area,” the statement read.

Board of Realtors Chairman Sam Baydoun, who moderated the event, asked if the mayor and City Council are in favor of selling the section and in reinvesting the profits back into camp Dearborn.

He also said he spent time there during his childhood, like everyone else, and that he wants to make sure it’s self-supporting and for the city to offer more amenities.

“Right next to the property we would like to see sold is a housing project that was put in because it was owned by them,” he said. “So there was already one offer right next door to it. The idea is we can use that money to redo the campground.” Camp Dearborn Map – Courtesy of the City of Dearborn

O’Reilly said when the state met with himself and the Council in 2015, state officials said they wouldn’t give the city too much time before Camp Dearborn had to become compliant as a licensed campground.

“There’s a state standard,” he said. “We’ve been under the radar because we’re self-contained, but now they’ve told us we can’t put any larger trailers and they said we have to be in compliance.”

O’Reilly also said there will have to be some alterations to do so and that the revenue will allow the city to do that and benefit the camp and those who use it.

City Council President Susan Dabaja said she’s read both positive and negative comments about the potential sale on social media, but the good part is that it’s not in the city’s hands, but rather in the residents’, as they have the right to vote.

“I see the need to be in compliance with the state,” she said. “And the fact that we have to do certain things to make sure we continue to operate as a campground, but at the same time… I know people are attached to their trailers.”

She said residents who own trailers in TV2 are probably the most concerned about the sale because the vehicles may fall apart if moved, so she wants to look at a way to help ease their relocation process.

Dabaja added that the City Council hasn’t looked into the issue thoroughly, but needs to.

The press release states that for the sale to advance, voters would need to approve a proposal put on the ballot by the City Council or by voter initiative in a citywide election.

Councilman Mike Sareini said non-compliance does not mean the 40 acres need to be sold.

“If the trailer is not in compliance with the act of the state of Michigan, then the trailer needs to be removed,” he said. “The land does not have to be sold. The Council needs to take an active role and make sure we do what’s right because if you sell the land, you can’t get it back.”

Councilman Brian O’Donnell agreed with the mayor. He said it’s true the land can’t be taken back once sold, but he prefers selling 40 acres over putting general fund dollars into Milford.

Councilman Rob Abraham said it’s not an easy issue for trailer owners because that’s their home every summer. He said he can’t take a position without a detailed study.

Councilman David Bazzy agreed, claiming that without sufficient information, “it’s impossible to answer the questions” and that he would have to wait to receive the data.

Council President Pro-tem Tom Tafelski had to leave an hour before the forum ended to attend his son’s holy confirmation, so he was not able to share his stance on the sale.

“By camp policy, all trailers must be moveable,” it said. “All mobile homes and RVs at camp are privately owned and moving or removing them is the responsibility of the owners. Those who have been leasing spots would be offered a different recreation vehicle site in the campground.”