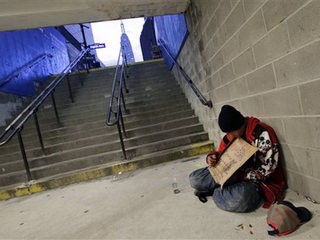 Lansing — According to the annual report of the Michigan State Housing Development Authority, along with the Michigan Campaign to End Homelessness, the numbers of homelessness in Michigan has dropped by about nine percent. The decrease reveals how Michigan is succeeding in offering housing care and prioritizing those in need.

Earl Poleski, executive director of the MSHDA, said the numbers of homelessness is increasing around the country, but they were able to reduce it to nine percent, which shows the progress that their work has made.

The Michigan Department of Health and Human Services (MDHHS), along with its partner the Michigan Campaign to End Homelessness, helped greatly by providing annually an amount of $32 million in order to tackle homelessness in local communities.

Earlier this year Kent County received a federal designation for being the first Michigan community to end veteran homelessness by a 16 percent drop. Poleski commented on such achievement by saying that MSHDA is able to expand the goal of ending homelessness, not only among veterans but also all across Michigan.

Other recognizable efforts goes to the Healthy Michigan Plan created by Gov. Snyder, as stated by Nick Lyon, the director of the Michigan Department of Health and Human Services. The plan has been life changing and saving to the many people that the Healthy Michigan plan serves, Lyon added.

In addition, MSHDA is making an impact by distributing more than $70 million annually in state and federal in order to help homeless people by offering them permanent housing, according to Kelly Rose, the chief housing solutions officer at MSHDA and governor’s appointed chair of the Michigan Interagency Council on Homelessness.