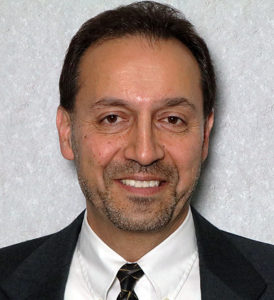 Detroit — On Monday, Oct. 2, Roy Freij was pronounced as a Wayne County deputy treasurer as well as having an expanded role in preventing foreclosure. He was named by Wayne County Treasurer Eric R. Sabree, who said he’s pleased with having Freij in such position and that they’re expanding the efforts to help reduce the amount of foreclosures in Wayne County.

Sabree also added that the main role of his office is to educate people about other alternatives and programs that can prevent foreclosures, as well as help in the property tax issues. He also said he believes that Freij’s relationships with the business community, leaders of major non-profits, and the people of Wayne County will bring positive impact to the office.

Freij, who’d previously served as deputy treasurer in an interim capacity, has a bachelor of science degree in business administration from San Jose State University and also did undergraduate work at the University of Michigan-Dearborn. He also has 25 years of experience in business operational leadership in both the public and private sector, as well as communication expertise. In addition, he was the president of IRIS Design and Print in the Michigan Department of Human Services.

Sabree said Freij’s experience is important in improving operations in the office and will help in adopting the best methods in serving the taxpayers of Wayne County.

According to Freij, improving people’s qualities of life has always been important to him and he is looking forward to working with Sabree and the entire team. He also plans on adopting new methods and procedures which will help in reducing the numbers of foreclosures.