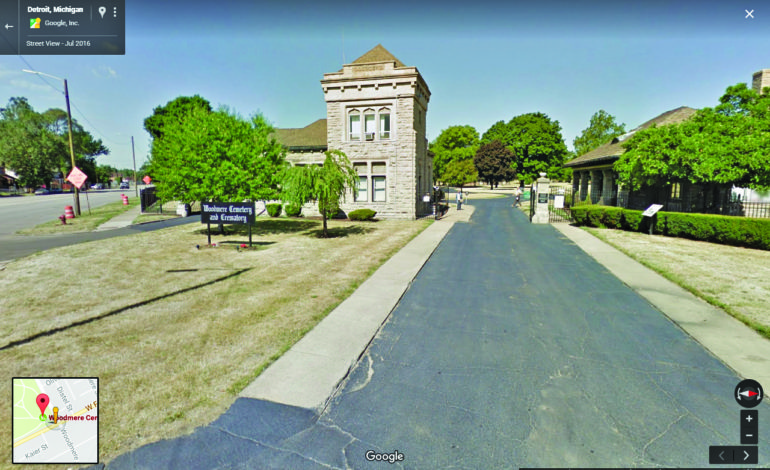 DEARBORN—After you’ve hit the snooze on your alarm clock a few times, picked yourself up and showered, had your breakfast, put on your coat and shoes and reached for your keys, how many times did you think about your mortality?

In the commotion of daily life we often forget about something that happens to us all—death.

Between medical bills, student loans, credit card debt and other expenses, the sudden death of a loved one can create unwanted stress, which can get in the way of mourning.

While planning for an unexpected funeral is costly, the cost to simply book a plot can be expensive.

Cremation costs can be a third less than a burial, as reported by NBC News, but that isn’t everyone’s burial preference.

The American Moslem Society (AMS), established in 1938, is known for being one of the oldest masjids (mosques) in North America. The organization offers Muslims burial plots at Woodmere Cemetery, located at 9400 West Fort Street in Detroit.

The burial program is unique because it offers free burials for children under 1; and if a Muslim family is unable to afford the burial of a loved one, the masjid takes care of the cost, easing some of the burden in their time of emotional upheaval.

AMS started the burial program in 1992 when it first booked a section in the cemetery for Muslims. In 2002, the organization went back to the cemetery and booked 1,700 burial plots. Now, only a few hundred plots remain.

Prior to the burial program, people would drive an hour to Plymouth to bury their deceased.

This year, AMS made a new contract with the Woodmere.

“We went into negotiations with the owner,” said Abdulhakim Mohamed, the project’s financial officer. “After six months of negotiations we came to terms for $625 per slot to pay off in three years.”

Mohamed said that AMS is securing 1,000 plots for Muslims. He also said that the cemetery owner wanted the masjid to purchase the plots up front. In the past, the masjid had only paid to book plots.

On September 30, AMS held a fundraiser at Greenfield Manor, which brought in roughly $200,000 toward the total cost of the new plots.

Mohamed said that nearly 50 percent of their goal has been raised, and he is working with a team to raise the rest.

“We believe in our faith that a person is dignified whether alive or dead,” he said. “The respect of a person is kept intact here in their life and more so after their death.”

Mohamed said he grew up in Metro Detroit, and has been a longtime member of AMS. He added that he has a brother buried at Woodmere.

“It is very crucial for the masjid to have a role in it [burial],” he said, adding that paying respects toward the deceased, especially after jum’a, the Muslim Friday prayer, is convenient when the cemetery is next door to AMS.

Muslims from other states in the Midwest, and even New York City, have been buried at Woodmere because it is next to a masjid.

“When there is a burial we carry the dead body over our shoulder,” said Dr. Mahdi Ali, the AMS board president, about how after a funeral prayer at the masjid, community members can simply walk the body over to the cemetery.

Burying the dead is a necessary spiritual practice in the Islamic tradition.

“As Muslims we don’t cremate the body,” Ali said. “We bury them. Having a cemetery is essential. It’s a must thing in Islam. We are thanking God and we are blessed at AMS that we offer these services to families.”

Ali said that it is cheaper for Muslims to do their burial services through the masjid than if they did directly through cemetery.

“We have a contract with the cemetery to lower the burial package price,” Ali said.

Additionally, Ali said the cemetery plots purchased through the masjid are for all Muslims, not just those in Metro Detroit.

Ali added that the costs related to the burial include the grave, opening and closing the plot, the burial vault and a memorial with the names.

AMS has worked to make funeral and burial services less burdensome for Muslims and its fundraising efforts for future plots are ongoing.

The masjid is located at 9945 Vernor Highway in Dearborn. For more information on the programs offered by AMS and to donate, visit www.dearbornmasjid.org