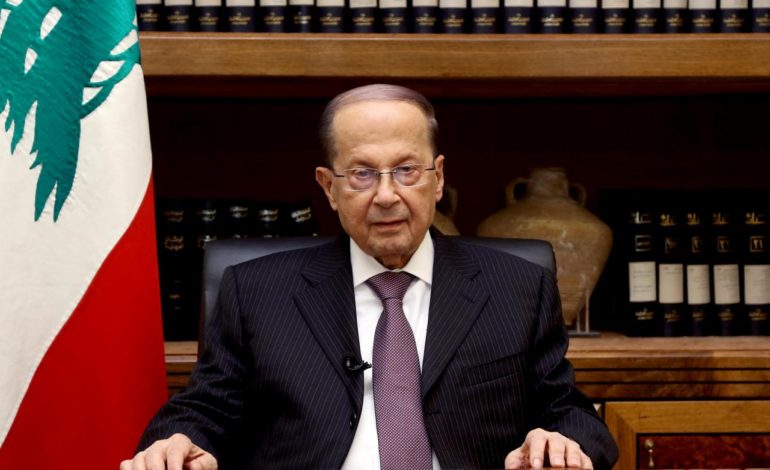 BEIRUT ― Lebanon can no longer handle vast numbers of Syrian refugees, its president said on Monday, urging world powers to help them return to the calmer parts of their war-torn homeland.

More than six years into the Syrian war, 1.5 million refugees who fled the violence now account for a quarter of Lebanon’s population.

Lebanese President Michel Aoun told international envoys he wanted to find ways for them to return safely but would not force people back to places where they could face persecution.

“My country cannot handle it anymore,” Aoun told representatives of the European Union, the Arab League and the five permanent members of the U.N. Security Council at a meeting in Beirut, his media office said.

The long-term presence of refugees is a particularly sensitive issue in Lebanon where some politicians say the influx of mainly Sunni Syrians might destabilize the delicate sectarian balance with Christians, Shi‘ite Muslims and others.

As the Syrian government regains more territory from rebels and militants, calls have increased in Lebanon for Syrians to return. A series of ceasefire deals has reduced fighting to some extent in parts of western Syria.

But rights groups have warned against forcing people back to a country still at war, and refugees have often said they fear facing arrest or conscription into the army.

The U.N. refugee agency does not yet consider Syria safe for refugee to return to. Lebanese Prime Minister Saad al-Hariri has said there can be no forced returns.

Aoun told the envoys there were parts of Syria not currently at war and territory where calm has returned, a spokesman said.

“The return of displaced to stable and low-tension areas must be carried out without attaching it to reaching a political solution,” the president’s Twitter account said.

Aoun said it was in the everyone’s interest to solve the refugee crisis so that political, economic and social problems in Lebanon do not get out of hand.

Officials at the meeting thanked Lebanon for its generosity in hosting refugees. “They expressed their full understanding of the concerns that are being voiced,” a statement from the envoys said.

“A return of refugees to their country of origin must take place in safety, dignity and voluntarily, in accordance with principles of international law,” it said.