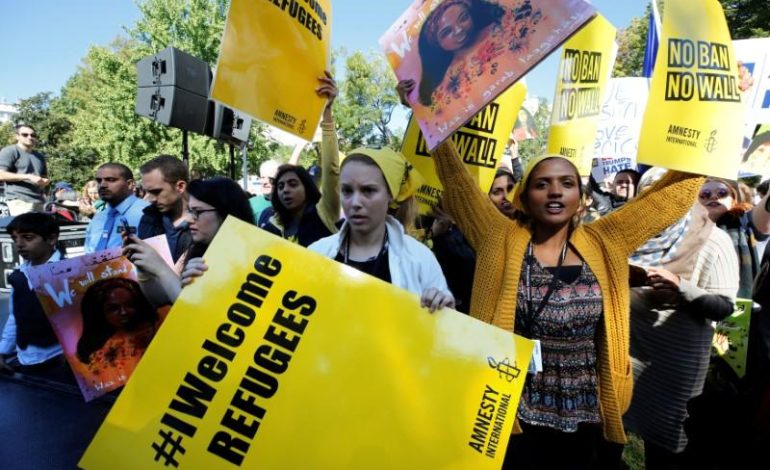 Trump’s ban would have taken effect on Wednesday but was blocked on Tuesday by a U.S. federal judge in Hawaii in a separate challenge.

Together, the pair of rulings set up a high-stakes battle over the president’s executive authority that is expected to ultimately wind up before the U.S. Supreme Court.

Trump’s latest order targeted people from Iran, Libya, Syria, Yemen, Somalia, Chad and North Korea, as well as certain government officials from Venezuela. Neither of the court rulings lifts the restrictions on North Korea and Venezuela.

In the Maryland ruling, Chuang questioned the government’s argument that the restrictions are needed until the affected countries provide more information on travelers to the United States.

He cited various statements made by Trump, including his 2015 call for a “total and complete shutdown on Muslims entering the United States.”

Chuang wrote that the president’s public statements “not only fail to advance, but instead undermine, the position that the primary purpose of the travel ban now derives from the need to address information sharing deficiencies.”