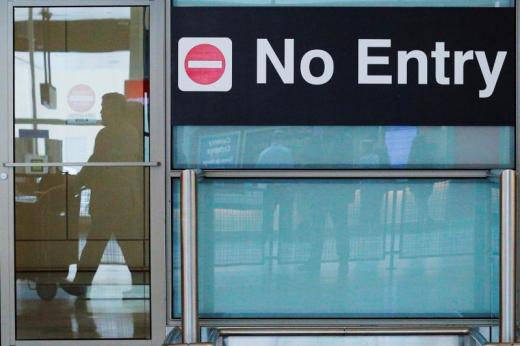 WASHINGTON/NEW YORK — The Trump administration is considering tightening the vetting process for women and children seeking to enter the United States as refugees, a proposal that if adopted would bring security checks closer to those for adult men, three sources with knowledge of the plan told Reuters.

The plan could slow down refugee admissions even after the end of a 120-day ban on most refugees instituted by the Trump administration while it reviews vetting procedures. The vetting review is set to end on October 24.

President Trump came into office in January with a goal of sharply cutting refugee admissions, in line with the hardline immigration policies that were a focal point of the Republican’s 2016 election campaign. Trump quickly issued temporary bans on refugees and travelers from some Middle Eastern and African countries that were challenged in court.

A U.S. official told reporters last month that the administration is “considering a wide range of potential measures and enhancements” to vetting. Refugees currently undergo differing levels of security checks when applying for admission to the United States, depending on the perceived risk they might present, including running their biographic and bio-metric data against law enforcement and intelligence databases.

Women and young children go through a lower level of security screening than men, said the three sources with knowledge of the proposal, who spoke on condition of anonymity.

The proposed changes would bring their security checks more in line with what is required for adult male refugees. Of the nearly 85,000 refugees admitted to the United States in the 2016 fiscal year, about 72 percent were women or children, according to the State Department.

Total processing time for refugees to enter the United States now averages about 18 to 24 months, according to the State

Department. Trump also lowered the maximum number of refugees to be allowed into the United States in 2017 to 50,000 from the 110,000 originally set by former President Obama, a Democrat. The 2018 level has been set at 45,000, the low- est number in decades.