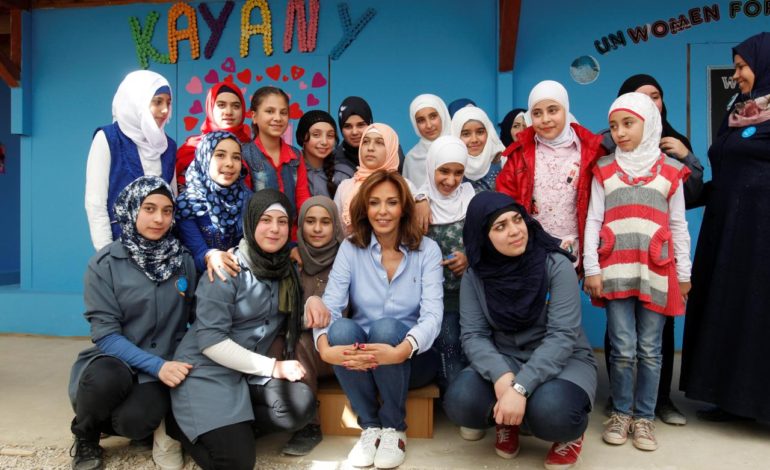 BAR ELIAS, Lebanon ― A new girls’ school for Syrian refugees in Lebanon’s poor Bekaa region is aiming to give girls from conservative backgrounds the chance at a formal education.

Gaining access to education in general is difficult for Syrian refugees in Lebanon, but for girls from socially conservative families who disapprove of mixed schools, it is even harder.

Zahra al-Ayed, 14, and her sister Batoul, 17, were from a village in Syria’s northern Idlib province where women were expected to marry young.

But the experience of fleeing war and living in harsh poverty woke her parents to the life-changing importance of education, the girls’ mother Mirdiyeh al-Ayed said.

“My eldest daughter tells me that she will not marry until after she finishes her education. She even wants to travel abroad and learn,” she said.

Human Rights Watch organisation said in its latest report in April that more than half a million refugee children are out of school in Jordan, Lebanon and Turkey.

In Lebanon, international donors paid for 200,000 public school spaces for Syrian children in 2015-2016, according to the HRW report, but only 149,000 children actually enrolled.

Lebanese and international non-governmental organizations have been striving to fill the gap, and to eliminate the legal, financial and language barriers preventing refugee children from getting their education.

For the al-Ayed family, used to Syria’s system of gender segregation after the age of 12, one big barrier to enrolling the girls was the lack of single-sex schools in Lebanon that accept refugees.

The new school that Zahra will attend is in Bar Elias in the Bekaa valley and was opened on Thursday by the Kayany Foundation, a Lebanese charity. It educates 160 Syrian girls aged from 14-18 who have missed school for several years.

Those who manage to pass the Lebanese system’s eighth grade exams – usually taken at the age of 14 or 15 – can join the local Lebanese public school in Bar Elias, which Batoul al-Ayed has done.

The school, built from colorful pre-fabricated classrooms, is its seventh in the Bekaa valley, where the majority of the Syrian refugee communities are located in Lebanon.

It was meant to address the Syrian parents’ concerns about sending their teenage daughters to schools for both girls and boys. All its teachers are women and it provides transportation for students between home and school.

“Education is salvation for the refugee girls,” said Nora Jumblatt, head of the Kayany Foundation, at the opening ceremony.

Funding for the school was secured for this year from international charity Save the Children and the United Nations Women For Peace Association, according to Kayany officials.

“I have a dream to become a pharmacist,” Rama, 19, who is preparing to apply for the eight grade exams at Kayany school said. In normal times, Rama would already have been applying for university at that age.

“I still want to go back to Syria and fulfill my dream there, in Damascus University,” she added.