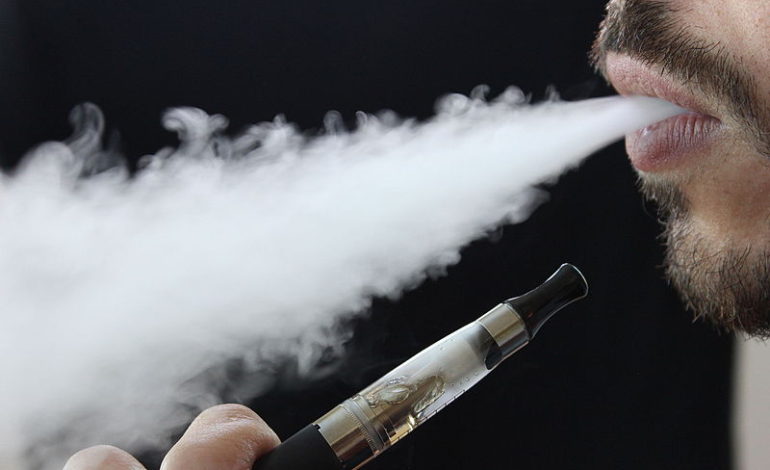 Governor Andrew Cuomo has signed a bill to ban e-cigs anywhere cigarettes are already prohibited, like workplaces, restaurants and bars. The ban goes into effect in 30 days.

E-cigs, as the products that vaporize a variety of oils into an inhalant are generally known, were added to the state’s Clean Indoor Air Act this summer by the State Assembly, and the measure was approved by the State Senate. The original act has been around since 2003, when smoking tobacco products in public indoor areas was first banned in the state, one of the country’s first such measures. New York has come down fiercely on e-cigs, even as their popularity grows: It is now a $2.5-billion industry, according to the Centers for Disease Control and Prevention (CDC), which says that while the health consequences of the product is little understood, there are still reasons for concern, including nicotine addiction.

A 2016 study by the New York State Department of Health showed that 20 percent of children had tried the products, double from just two years prior. In July, the state banned e-cigs from all school grounds.

“These products are marketed as a healthier alternative to cigarettes, but the reality is they also carry long-term risks to the health of users and those around them,” Cuomo said in a statement. “This measure closes another dangerous loophole in the law, creating a stronger, healthier New York for all.”

In New York, around 70 percent of the state’s municipalities already have bans on the books, according to the American Lung Association. New York City’s ban has been in place since 2013, when Michael Bloomberg, then the mayor, included it in the city’s Smoke Free Air Act.

But manufacturers have not gone quietly in the city, mounting several legal challenges arguing that e-cigs do not qualify, because technically they do not emit smoke. The most recent challenge to New York City’s ban was rejected in the New York State Court of Appeals earlier this year, which found that the city’s inclusion of e-cigs in its law was valid.

“This new law not only protects public health by restricting the use of e-cigarettes and the public’s exposure to smoke-cigarette emissions,” said Jeff Seyler, the executive vice president of American Lung Association’s Northeast region, but also children, for whom the products are “just another tool reeling them into a dangerous and often lifetime of addiction to nicotine.”

But proponents of devices like e-cigs and vaporizers — larger, cellphone-size gadgets — say they are a safer alternative to cigarettes and may help with smoking cessation. Studies are so far have been limited and short term, and are not conclusive on either front.