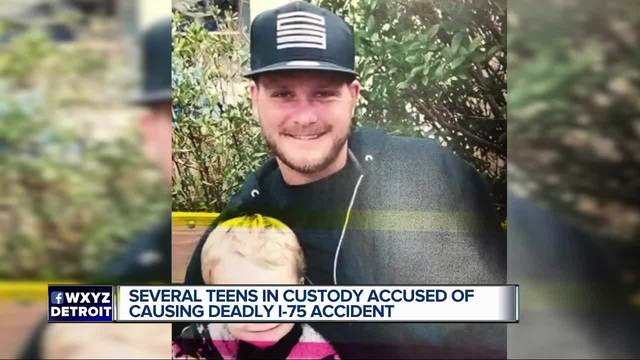 Genesee County, MI – Five teens were charged with second degree murder after throwing a heavy rock at a man named Kenneth White that broke his skull, damaged his brain and cut his chest— killing him.

According to WXYZ, the teens were arraigned on Tuesday morning in Flint court and are denied bond. They are charged with second degree murder and malicious destruction of property.

White, 32, is a father of four and was soon going to marry his fiancée after a relationship that lasted years.

“I just hope they realize their actions, and how many lives they torn apart, and know that what they did was wrong,” White’s fiancée said to ABC12.

The teens are Alexander Miller, Trevor Grey, Kyle Angler, Mark Sekelsky, and Mikadyn Payne. Their ages range from 15 to 17, but are being tried as adults. Angler is reportedly the one that threw the rock at the van White was in, which hit the windshield and then his face and chest.

The teens were playing a game called dinging that involved throwing rocks from the I-75 overpass at cars to hear the different sounds they make, according to WXYZ. The sheriff and prosecutor told the media outlet that the five teens threw 20 rocks in total before throwing the heaviest one that was 20 pounds at the van.