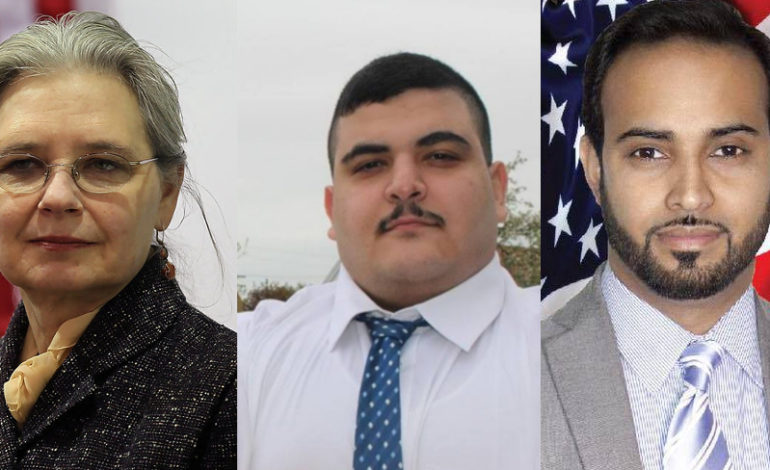 HAMTRMACK – A few divisive races and shake ups in the City Council are bound to emerge during elections in a town as diverse as Hamtramck.

After a contentious debate over who to appoint as the new city manager, disparaging remarks by a Council member and a state investigation over voter fraud by an incumbent Council candidate, residents are eyeing reform.

Residents want officials to be mindful of who they serve, their needs and how outsiders view the city, said Councilman Saad Almasmari, whose election in Nov. 2015 made Hamtramck the first U.S. city with a Muslim-majority City Council.

About 44 percent of Hamtramck’s population is foreign-born.

Hamtramck looks significantly different today than it did in the early 1900s, when German and Polish immigrants flooded into the newly established city. Even until 1970, 90 percent of the city’s population was Polish, according to the 2010 U.S. Census.

Within almost three decades, the Polish population had declined to about 12 percent of residents.

Yemeni Americans comprise almost 30 percent of Hamtramck residents. Bengalis make up about 23 percent of the population and African Americans 17 percent. Muslims comprise about 63 percent, according to Almasmari.

For mayor, about 43 percent of voters chose incumbent Karen Majewski over contender Mohammed Hassan in the Aug. 8 primary elections.

Majewski, whose ethnic background is Polish, began public service on the Hamtramck Historical Commission. She served on the City Council as its president and mayor pro-tem before being elected as Hamtramck’s first woman mayor in 2005. She was re-elected in 2009 and again in 2013.

She is employed by the Community Economic Adjustment Program at the University of Michigan’s Institute for Research on Labor, Employment and the Economy. She was endorsed by the Arab American Political Action Committee (AAPAC) last week.

Hassan, a Bengali American who garnered 27 percent of votes, has been a Councilman since 2009. He moved to Hamtramck in 1994 and worked as a manufacturing expert after receiving his master’s degree in mathematics in Bangladesh.

Both candidates have stood behind diversity in the face of attacks by some media outlets in recent years.

Resident Waleed Nasser said he’ll vote for candidates who will work to address the entire population’s concerns and portray Hamtramck in a positive light.

Following an interview on WWJ AM 950 in September, Councilman Perrotta was condemned for blaming the city’s trash problem on immigrant residents’ lack of priorities about sanitation.

This week, state police raided Choudhury’s business over allegations of voter fraud. No arrests have been made, but community members claim the investigation involves the manipulation of absentee ballots.

Choudhury was the second highest vote-getter in the City Council primary race.

Al-Somiri has been a Hamtramck business owner since 2007. His campaign page states that high taxes and obvious differences in aesthetics and sanitary services between Hamtramck and neighboring cities made him want to run.

Al-Marsoumi, an Iraqi American candidate, earned the fewest votes (9 percent). However, his campaign has gained momentum as residents and AAPAC throw their support behind him.

He told The AANews that incidents like these encourage him to fight harder for a seat on the Council.

A former IT specialist and employee at a financial planning company, he said he’s gained residents’ trust through his values and strategy to address issues they face.

“People recognize me as an underdog,” he said.

Regarding the voter fraud allegations against Choudhury, Al-Marsoumi said he’s disappointed that “some people are willing to win at all costs” while threatening the integrity of elections and the city’s image.

Al-Marsoumi said if elected, he hopes to underscore improving public safety, regulating the budget and making it easier for investors to do business in the city.

He added that Hamtramck only employs 13 police officers compared to 36 firefighters, and that only two police cars patrol the city at any given time. He also pointed to about 35 empty lots along Joseph Campau, the city’s most active business corridor.

He advocated for financial transparency and offering immigrants who want to open businesses incentives, like tax-cuts or rent assistance during the first few months after opening.

“Yeah, you’re diverse, but where are your diverse thoughts and actions?” Al-Marsoumi asked of the Council.

The two mayoral and six Council candidates will face off in the Nov. 7 general elections.