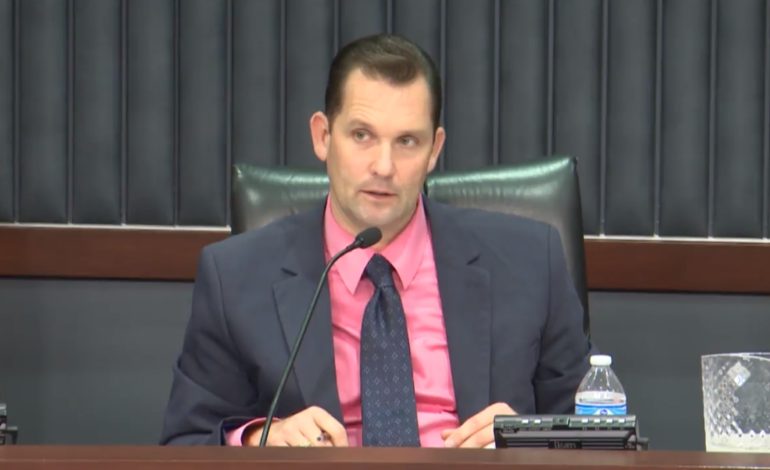 DEARBORN ― Longtime Dearborn City Councilman Tom Tafelski and candidate for mayor, has been accused by multiple citizens of abusing his power while on the council.

Tafelski, who has held the position since 2001, is fighting a heated race against Dearborn Mayor Jack O’Reilly.

He denies that any of allegations are true, calling them last-minute “unsubstantiated rumors” by his opponent meant to discredit his campaign.

Police records from 2005 show that Tafelski was involved in an accident with a 17-year-old driver, got out of his car holding a badge.

The teenage driver told police that “he was a cop.” When a real officer arrived, Tafelski talked to both drivers and issued the 17-year-old a ticket.

A few months later, police documents show, Tafelski was pulled over by an officer for speeding more than 20 mph over the speed limit. According to a police memo, Tafelski flashed a “gold police-style badge” when the officer approached the driver’s window and admited he was at fault. He was not issued a ticket.

Tafelski denied impersonating a police officer and says Dearborn council members used to be provided with badges. If someone confused him with an officer, he said, that’s not his problem.

More recently, Tafelski was involved in a deposition stemming from a discrimination lawsuit filed by a then-Dearborn police officer.  According to the deposition and police records, the officer said that Tafelski asked him for “a favor” to surveil the home of his wife that he was divorcing because he thought she might be dating a drug dealer.

The officer sent cops to her house 10 times and they dug through her trash. They found no evidence of drugs and the officer was later fired, in part for doing the councilman a favor, according to police officials.

In a statement, Tafelski denies the allegations made by several police, citizens and under oath:

My opponent’s camp has resorted to spreading unsubstantiated falsehoods from more than a decade ago 11 days before an election is not surprising. These same baseless accusations always seem to surface around election time in Dearborn and they are as untrue now as they have been in the past. While it is unfortunate that others feel the need to resort to dirty political tricks, I remain committed to discussing real issues that matter to Dearborn residents like accelerating economic development, making our streets safer and improving service delivery.