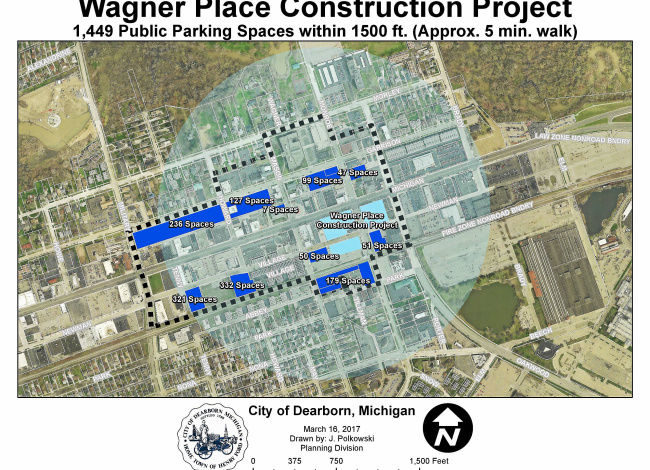 Dearborn—Construction of Wagner Place on October 28 has made left turns onto Mason, Monroe and Oakwood prohibited from east or west Michigan Avenue.

According to the city of Dearborn, the Wagner Place construction is a project for Ford Motor Company that aims to transform two blocks of old buildings, which are approximately 150,000 square feet into a new urban space that will be occupied by around 600 Ford global data insights and analytics employees. However, the cupola from the historic Wagner Hotel will be preserved and will not undergo any construction due to community preservation of historic architecture.

The new buildings will have retail, restaurants, workspace and rooftop patio. In addition, Ford Motor Company partnered with the city of Dearborn and the Michigan Economic Development Corporation and the project will also include public parking deck, landscapes and common areas.

Traffic lanes will shift in order to accommodate the project until mid-December or possibly until December 31.

According to the city’s website,  the eastbound curb lane will be sectioned off to support the building construction on the south side of Michigan Avenue; the two eastbound lanes will shift north one lane, taking over the center turn lane and the two westbound lanes will be maintained as well.

The speed limit in the construction zone will be reduced to 25 mph.

Some delays are expected and driver’s are advised to consider alternate routes during heavy traffic hours.