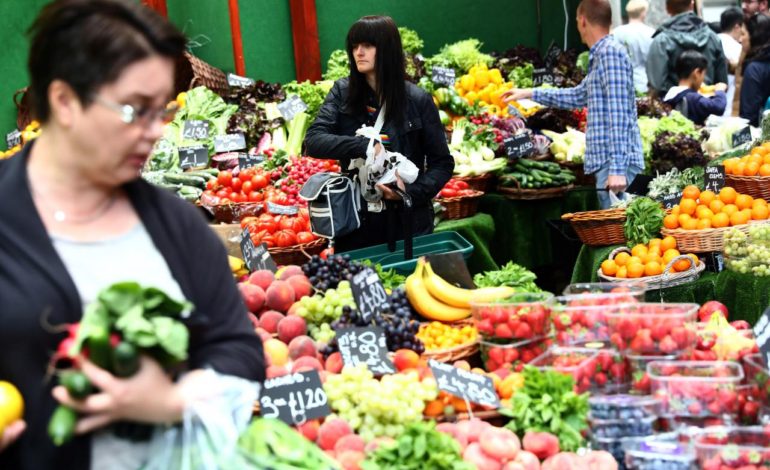 Women who eat more fruits and vegetables with high levels of pesticide residue may be less likely to get pregnant than women whose diets don’t include a lot of this type of produce, a U.S. study suggests.

Researchers examined data on eating habits and pregnancy outcomes for 325 women who went through a total of 541 cycles of fertility treatments at a clinic in Boston. Overall, 228 of the fertility treatment cycles resulted in a live birth.

Based on women’s responses to dietary questionnaires, researchers ranked their pesticide residue exposure from fruits and veggies into five groups, from lowest to highest.

“We already knew that women occupationally exposed to pesticides and women exposed to pesticides used in agriculture by virtue of living in or near agricultural production areas experience greater risk of infertility, pregnancy loss and other adverse reproductive outcomes,” said senior study author Dr. Jorge Chavarro of the Harvard T.H. Chan School of Public Health and Brigham and Women’s Hospital in Boston.

“Our study is the first to show that exposure to low doses of pesticide residues, such as those achieved by consuming conventionally grown fruits and vegetables, may also have adverse health effects,” Chavarro said by email. “This was actually very surprising to me.”

There didn’t appear to be a problem with fertilization or embryos implanting in the uterus based on what women ate, but eating more fruits and vegetables with high levels of pesticide residue was associated with an increased risk of miscarriages early in pregnancy.

Replacing one serving day of fruits and veggies with high levels of pesticide residue with different, lower-pesticide options could boost the odds of pregnancy by 79 percent and the chances of a live birth by 88 percent, researchers estimated.

More research is needed to confirm the study results in larger groups of women and also to understand how exposure to pesticide residue on foods impacts fertility and pregnancy, said Tracey Woodruff, a reproductive health researcher at the University of California, San Francisco, who wasn’t involved in the study.

“This is a very important study, because there is a portion of infertility that is ‘unexplained’, but that just means we don’t know what are the risk factors, and the contribution of environmental pollutants, including pesticides, has not been sufficiently studied,” Woodruff said by email. “And pollutants, like pesticides, could be contributing to these ‘unexplained’ fertility problems.”

In the meantime, women can take steps to avoid pesticide exposure, said Dr. Philip Landrigan, author of an accompanying editorial and a researcher at the Arnhold Institute for Global Health at the Icahn School of Medicine at Mount Sinai in New York.

This includes eating organic as much as possible and washing fruits and vegetables, he said by email.

“Avoid using pesticides within homes or on lawns and gardens,” Landrigan added. “Join with friends and neighbors to urge reduction in pesticide use in schools, parks, playing fields an other areas used by children and pregnant women.”