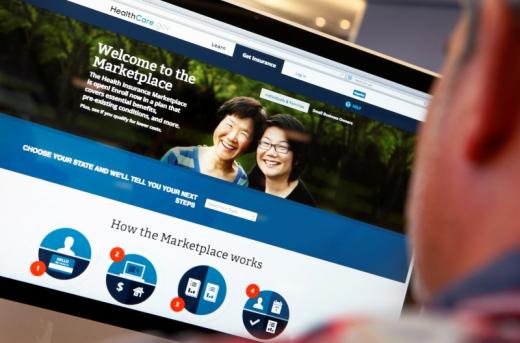 Republicans in Congress have repeatedly failed to repeal and replace former President Barack Obama’s healthcare law, which they have said drives up costs for consumers and interferes with personal medical decisions. Democrats have warned that repeal would leave millions of Americans without health coverage.

President Donald Trump promised to kill the law in his 2016 election campaign, and he has taken executive and administrative actions to undermine it.

The Center for American Progress, a liberal think tank, estimated this week that 2018 enrollment would have held steady from 2017, with 12.2 million people either signing up for or being automatically re-enrolled in individual health coverage under the Affordable Care Act had there not been administration efforts to undercut it.

The Trump administration has cut the 2018 enrollment period in half to six weeks from Nov. 1 to Dec. 15 for states using the federal Healthcare.gov website. Enrollment previously ran until Jan. 31, and many consumers often signed up in the last two weeks, according to state officials and organizations that help people choose insurance.

Obama took to social media on Wednesday, encouraging Americans who need insurance to sign up on the federal Healthcare.gov website. He stressed that government tax credits would keep coverage affordable for most.

Senate Republicans and Democrats are working on legislation to stabilize Obamacare markets in the short term. The nonpartisan Congressional Budget Office estimates that four million fewer people will sign up for Obamacare private insurance than previously forecast due to Trump administration policies.

Still, CBO expects total enrollment to reach 11 million in 2018, up from the around 10 million who obtained and paid for coverage in 2017.

The Trump administration is now planning changes for 2019. Last week, it proposed a rule giving states more flexibility over the benefits that must be covered by insurance. Under Obamacare, all insurers have to cover a set of 10 benefits, such as maternity and newborn care and prescription drugs.