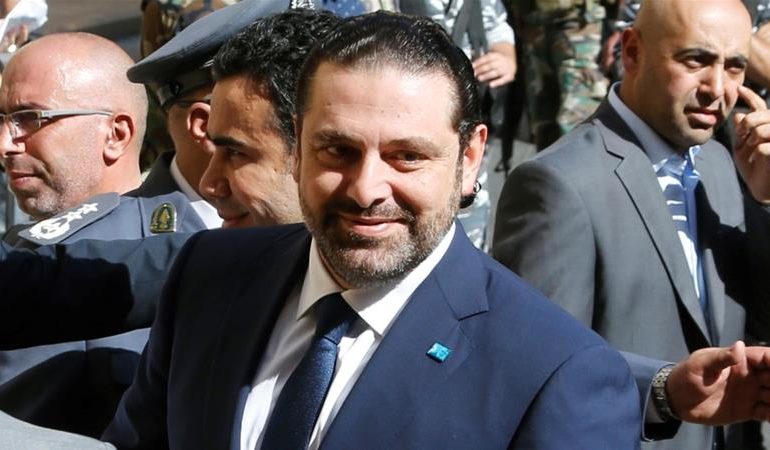 BEIRUT ― Lebanon’s prime minister Saad al-Hariri resigned on Saturday, saying he believed there was an assassination plot against him and accusing Iran and its Lebanese ally Hezbollah of sowing strife in the Arab world.

His resignation thrusts Lebanon back into the frontline of Saudi-Iranian regional rivalry and seems likely to exacerbate sectarian tensions between Lebanese Sunni and Shi‘a Muslims.

It also shatters a coalition government formed last year after years of political deadlock, and which was seen as representing a victory for Hezbollah and Iran.

Hariri, who is closely allied with Saudi Arabia, alleged in a televised broadcast that Hezbollah was “directing weapons” at Yemenis, Syrians and Lebanese and said the Arab world would “cut off the hands that wickedly extend to it”.

Hariri’s coalition, which took office last year, grouped nearly all of Lebanon’s main parties, including Hezbollah. It took office in a political deal that made Michel Aoun, a Hezbollah ally, president.

It was not immediately clear who might succeed Hariri, Lebanon’s most influential Sunni politician.

The post of prime minister is reserved for a Sunni Muslim in Lebanon’s sectarian power sharing system. The constitution requires Aoun to nominate the candidate with the greatest support among MPs.

“We are living in a climate similar to the atmosphere that prevailed before the assassination of martyr Rafik al-Hariri. I have sensed what is being plotted covertly to target my life,” Hariri said.

Rafik al-Hariri was killed in a 2005 Beirut bomb attack that pushed his son Saad into politics and set off years of turmoil.

The Saudi-owned pan-Arab television channel al-Arabiya al-Hadath reported that an assassination plot against Saad al-Hariri was foiled in Beirut days ago, citing an unnamed source. Lebanese officials could not immediately be reached for comment.

In a statement read from an undisclosed location, Hariri said Hezbollah and Iran had brought Lebanon into the “eye of a storm” of international sanctions. He said Iran was sowing strife, destruction and ruin wherever it went and accused it of a “deep hatred for the Arab nation”.

Aoun’s office said Hariri had called him from “outside Lebanon” to inform him of his resignation.