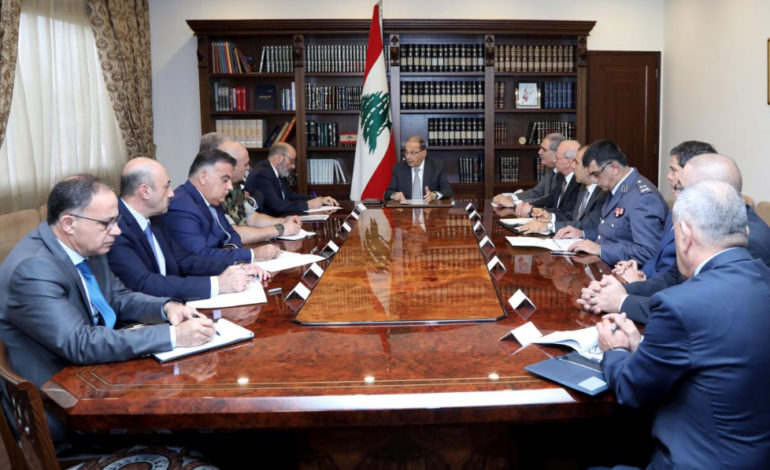 BEIRUT – Lebanon’s president appealed for national unity on Monday after Prime Minister Saad al-Hariri quit in a broadcast from Saudi Arabia, plunging the coalition government and country into political crisis.

After Hariri’s shock announcement, political uncertainty deepened further when Lebanon’s parliamentary speaker said it was still too early to say whether the government had actually resigned or to talk about the formation of a new government.

President Michel Aoun has said he will not decide whether to accept or reject Hariri’s resignation until he returns home from Saudi Arabia.

“It is too early to say whether there has been a (government) resignation or not,” Speaker Nabih Berri said in a televised statement after meeting Aoun. Hariri’s resignation exposed Lebanon again to the sharp end of the struggle for Middle East dominance between Sunni Muslim Saudi Arabia and Shi‘ite Muslim Iran, which has also wrought upheaval in Syria, Iraq, Yemen and Bahrain.

In a televised speech on Saturday, Hariri’s resignation shocked even his close aides. Lebanon’s most influential Sunni politician, Hariri said he feared an assassination plot against him, accusing Iran and its Lebanese ally Hezbollah, which was part of his coalition, of breeding strife in the Arab world.

The government was painstakingly devised to group key sectarian factions including the Iran-backed, Shi‘ite Hezbollah. Its leader Sayyed Hassan Nasrallah accused Saudi Arabia of forcing Hariri to go and said there were “legitimate questions” over whether he had been detained in the kingdom. Aides to Hariri, whose family made their fortune in the Saudi construction industry, have strongly denied such claims.

In an interview with CNN on Monday Saudi Foreign Minister Adel al-Jubeir said Hariri, a dual Lebanese-Saudi citizen, was free to leave the country.

Jubeir also dismissed as “nonsense” accusations that Saudi Arabia had forced Hariri to resign. He said Hezbollah’s actions in Lebanon over the years, including “hijacking the political system”, had caused the resignation.

Interior Minister Nohad Machnouk, a senior member of Hariri’s political party, said he was under the impression the premier would return to Beirut within days.

A meeting between Saudi King Salman and Hariri in Riyadh on Monday proved “rumors” wrong, he said – an apparent reference to speculation that Hariri was detained or forced to quit.

Speculation in Lebanon over Hariri’s status bubbled as Saudi Arabia underwent an anti-corruption purge in which royals, ministers and investors have been arrested as the putative next king tightens his grip on power.

Aoun held a meeting with ministers and top security officials at Baabda presidential palace, telling them that political leaders had been responsive to calls for calm.

“He stressed that security, economic, financial, and political stability is a red line,” Justice Minister Salim Jreissati said after the meeting.

“The president is waiting for Hariri’s return to hear from him personally,” said Jreissati, who is politically aligned with Hezbollah. “This indicates a sovereign vision … and that the resignation must be voluntary in every sense.”

“Lebanon, after the resignation, will never be the same as before,” Saudi Gulf Affairs Minister Thamer al-Sabhan said in a tweet on Monday. “It will not accept to be in any case a platform for launching terrorism to our countries.” People walk next to a poster depicting Lebanon’s Prime Minister Saad al-Hariri, who has resigned from his post, along a street in a neighbourhood of Tariq al-Jadideh in Beirut, Lebanon, November 6, 2017.- Reuters

In his speech, Hariri accused Iran of a “deep hatred for the Arab nation” and Hezbollah of pointing its weapons at Yemenis, Syrians and Lebanese.

Hezbollah’s ties to Iran and its support for President Bashar al-Assad in neighboring Syria’s war have been a significant source of strife in Lebanon for years.

The crisis could re-aggravate tensions between Sunni and Shia Muslims and afflict Lebanese government with paralysis once again. All of the sides have called for calm and there has been no sign of unrest since Hariri’s resignation.

His coalition government took office last year in a political deal that made Aoun, a Hezbollah ally, president. The deal ended years of deadlock, and last month it produced Lebanon’s first budget since 2005.

Hariri flew to Saudi Arabia on Friday after meeting in Beirut the top adviser to Iran’s Supreme Leader, who described the coalition as “a victory” and “great success” afterwards.