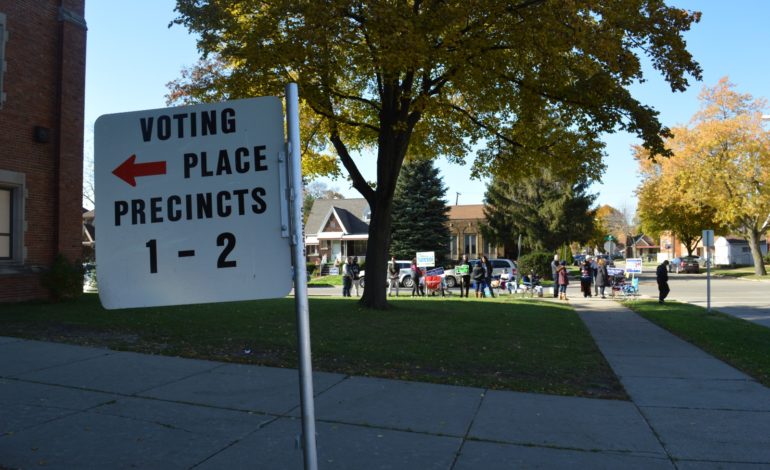 With all the effort our officials, campaigners, volunteers and local organizations have expanded every year to raise awareness on the importance of voting, it appeared that people were slightly more engaged as they voted in the general elections last Tuesday, November 7. Thankfully, Arab American voters came out and made a strong difference in Dearborn, Dearborn Heights and Hamtramck.

In Dearborn Heights, Bill Bazzi was elected to City Council, coming in second place with 14 percent of the vote.

Fadel Al-Marsoumi, the youngest Arab American candidate, made it onto Hamtramck’s City Council in third place, with 16 percent of the vote.

Even though there’s much to be proud of, there are still some unforgiveable divisive language and actions which took place before and on Election Day in Dearborn that must be addressed in a direct way. We have to learn from the setbacks to avoid them in the future. Our community is growing and getting more involved and that should not be a cause for more in-fighting and divisiveness.

The heated mayoral race between Mayor Jack O’Reilly and Councilman Tom Tafelski seemed to have ignited most of the bickering and insolence in social media and at the polls, mostly among Arab Americans. This was unnecessary.

Once Tafelski started using negative campaigning against O’Reilly a month ago, many of his supporters began attacking their own community members, disrespecting others’ views.

In fact, right after O’Reilly’s re-election, some social media users felt relieved because they weren’t previously able to share their opinions without being attacked. Instead of bashing or belittling people’s selections or opinions, this community should strengthen the voices of activists by hearing each other out and agreeing to disagree respectfully. This is the American way, this is democracy and this why many of us immigrated to this great country.

Some candidates and their supporters even made false accusations against well-established organizations and individuals that do nothing but serve their city and community with distinction. Instead of using social media and their candidacy to benefit the community and its organizations, they preached division and spread lies.

In addition, and worst of all, this general election season also heard divisive language in the media on unprecedented sectarian scale, which is upsetting and worrisome, to say the least— because politics and religion should never mix.

We believe he deliberately said that to divide the community along sectarian lines for the benefit of his organization and the candidates it endorses, a shameful act that shouldn’t be tolerated. Anyone involved with AMPAC should publicly denounce this call to sectarianism in Dearborn or will be presumed to be in agreement. Blood is being shed daily in the Middle East because of this type of division and we don’t need this here at a time where we continue to build and strengthen our bridges and alliances with our fellow citizens who are not Arabs or Muslims for the betterment of our city, state, and country.

AMPAC’s president attempted to tarnish the reputation of AAPAC, a political organization established in 1998 for Arab Americans who— as we all know— are not all Muslims; he failed once again because its members are highly respectable in the community and its accomplishments speak for themselves.

On Election Day, the president of AMPAC went so far as to bully one of the youth at the polling locations. He reportedly hit a young AAPAC volunteer at Geer Park Elementary School while that teenager was passing a slate to a voter.

Other volunteers for different campaigns were also pitted against each other, arguing instead of learning and engaging with the candidates and each other.

Such discordant language and incidents have made a mockery out of the democratic process and deeply divided members of the same community in a dangerous and reckless way. If the Arab and Muslim communities don’t address such an intolerant behavior immediately and in future elections, if we don’t reject these tactics, the division will deepen and will discourage people from participating in the discussion and voting— and we will be destroying all the progress we’ve made in the last two decades.

Community participation— whether it is running for office, campaigning, volunteering or voting— benefits everyone, but only if it’s dutiful and promotes a united city, east and west, Muslims and otherwise, Arabs and non Arabs. That’s the ideology we must uphold above all, especially during election season. The victory of the candidates who promoted such unity and dialog speaks volume as to where Dearborn voters want their city to go. We should not stay behind marred in our petty differences.