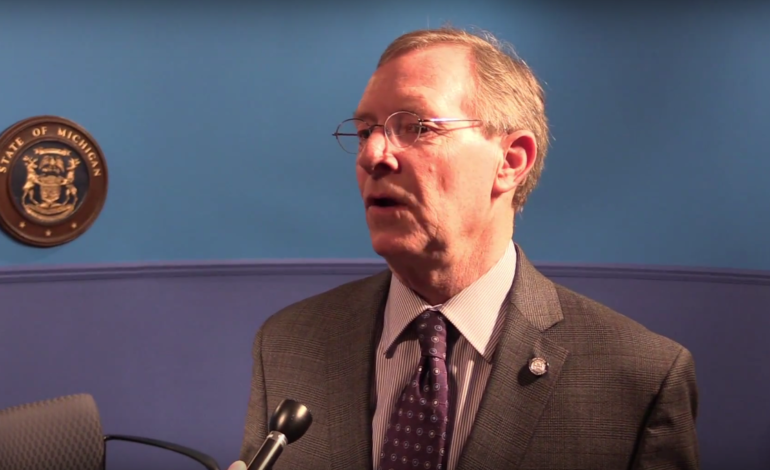 The posts were made between 2009 and 2012 on Kelly’s “Citizen Leader” blog, when he was serving on the Saginaw Board of Commissioners, the publication reported.

President Trump had nominated the representative to a position with the U.S. Department of Education’s assistant secretary for career, technical and adult education. Kelly’s nomination was subject to approval by the U.S. Senate, and Education Week reported that, according to a “source”, the blog posts should have been discovered during the vetting process.

The decision to withdraw the nomination was made after Secretary of Education Betsy DeVos was made aware of the blog posts. “It became clear that Mr. Kelly had made a series of statements that were not reflective of the secretary’s values,” said a source quoted in Education Week’s story.

The story included excerpts of several of Kelly’s blog posts. One, published in 2009, reportedly made offensive statements about Muslims in the wake of an incident in which a man from Nigeria attempted to detonate explosives hidden in his underwear aboard a plane headed to Detroit.

“Forget for a moment, that this young man from Nigeria purchased his one-way ticket with cash, had no luggage or that his father had warned the authorities of his radicalism. He should have been on anybody’s no-fly list because his name is UMAR FAROUK ABDULMUTALLAB! Zenaphobic [sic]? No, I’m being pragmatic … Instead of assuming that all people are interested in, let alone capable of, blowing up Western, Christian, or Jewish things, let’s assume all Muslims are.”

State Rep. Abdullah Hammoud (D-Dearborn) reacted on Twitter, writing, “This Muslim is thankful that the administration had the foresight to place bigots with a name like TIM KELLY on the ‘No Appointment’ list.”