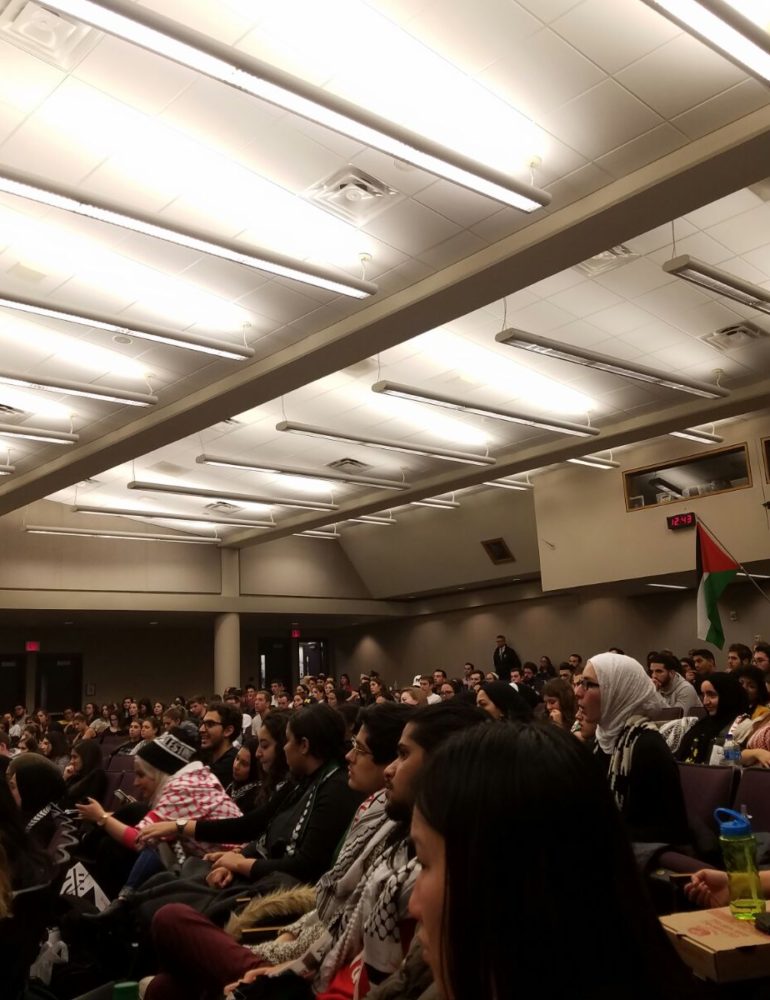 The meeting was held in the UM Modern Languages Building

ANN ARBOR–The University of Michigan (UM) Central Student Government (CSG) passed a resolution to have the University’s Board of Regents form an ad hoc committee to investigate companies that are tied to human rights violations against Palestinians.

There was an uproar of applause and tears when the final count was announced.

During the meeting, many students spoke for and against the resolution. Companies to be included in the investigation are Hewlett Packard, Boeing, and United Technologies.