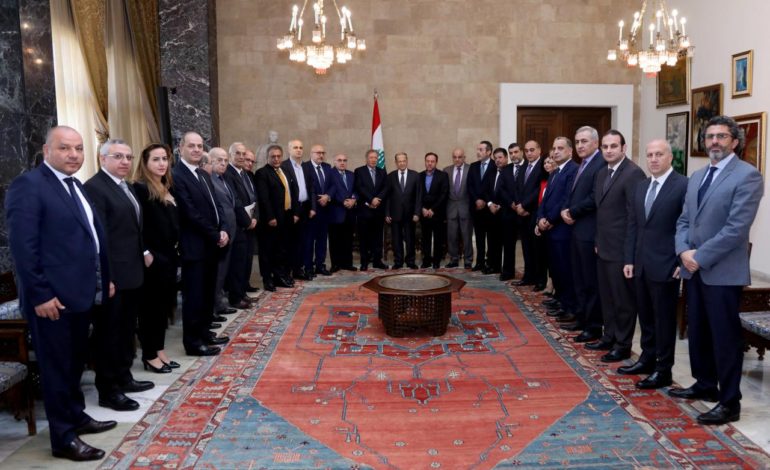 BEIRUT – France said on Wednesday that Lebanese Prime Minister Saad al-Hariri, who Lebanon’s president says is being held hostage by Saudi Arabia, will visit France with his family in coming days.

Hariri travelled to Riyadh on Nov. 3 before abruptly resigning in a televised statement a day later. He has stayed in Riyadh and top Lebanese officials and senior politicians close to Hariri have told Reuters he was forced to quit.

Hariri and Saudi Arabia have both denied he is being held in Riyadh or was coerced to resign. Hariri has said he will return to Lebanon in the next few days to formally submit his resignation.

The crisis has thrust Lebanon onto the frontline of a Middle East contest for power pitting a Saudi-led bloc against Iran and its allies, including the Lebanese Shia group Hezbollah.

French President Emmanuel Macron said in a statement that he had invited Hariri to France after speaking to him and Saudi Crown Prince Mohammed bin Salman.

The invitation is to visit for a few days and is not an offer of political exile, Macron said, speaking in Germany.

“We will not accept (Hariri) remaining a hostage whose reason for detention we do not know,” Lebanese President Michel Aoun said in a statement.

Foreign Minister Gebran Bassil, the head of Aoun’s political party, said the situation was “not normal” but that Beirut wanted “good relations” with Riyadh. 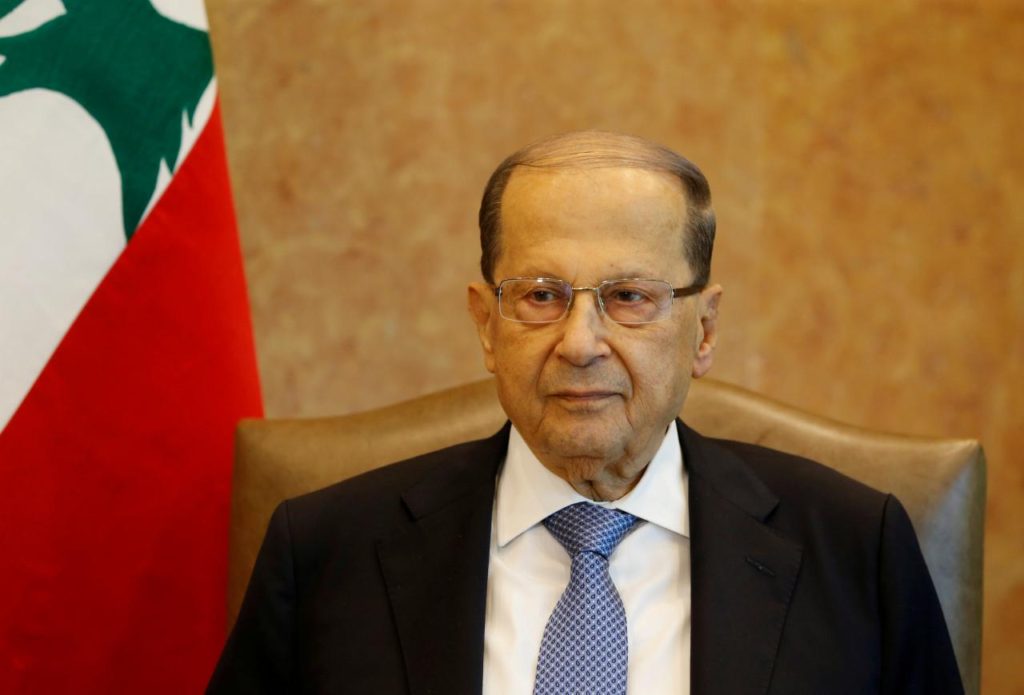 Lebanon’s coalition government was formed last year through a political deal that made Aoun president, Hariri prime minister, and included members of Hezbollah in the cabinet.

Saudi Arabia last week accused Lebanon of having declared war on it because of Hezbollah’s role in other Arab countries. It regards Hezbollah as a terrorist organisation. 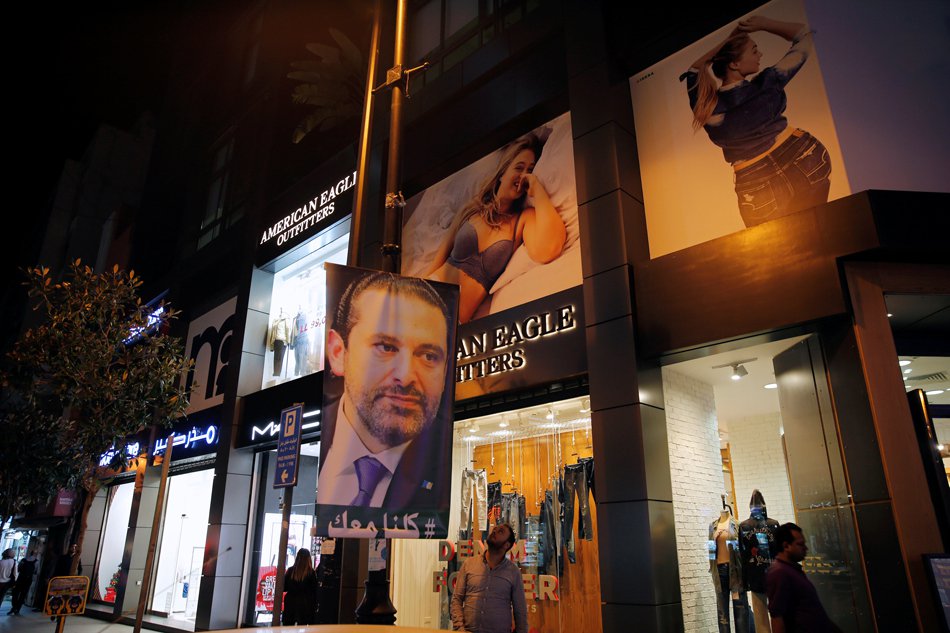 A poster depicting Saad al-Hariri is seen in Beirut, Lebanon this week. Hariri travelled to Riyadh on November 3 before abruptly resigning in a televised statement a day later. – Reuters

In an interview on Sunday night with a television station he owns, Hariri warned of economic sanctions against Lebanon and of a threat to the livelihoods of hundreds of thousands of Lebanese workers living in Saudi Arabia and its Gulf allies.

“Nothing justifies Hariri’s lack of return for 12 days. We therefore consider him detained,” Aoun said.

He added that Lebanon had confirmed that Hariri’s family were under detention in their house in Saudi Arabia and were searched whenever they entered or left it.

Speaking in Italy, Foreign Minister Bassil said: “We will continue all steps…for this problem to be solved in a brotherly way through good relations that we want to have with the kingdom of Saudi Arabia.”

He added, however: “If Saudi Arabia has a problem with Iran or with Hezbollah, they have to solve it with Iran, not with Lebanon and not with all the Lebanese.” 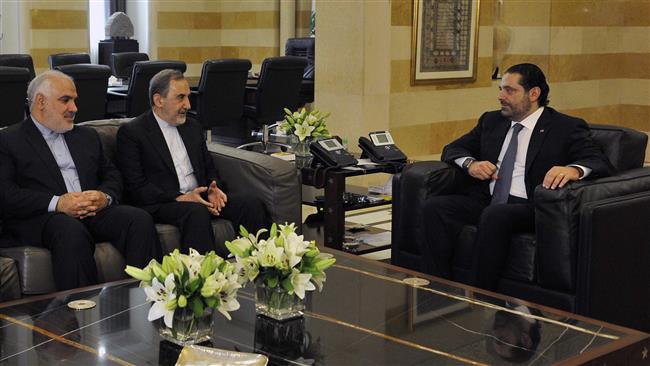 In this photo released on November 3, 2017 by the Lebanese government, Prime Minister Saad al-Hariri (R) meets with Ali Akbar Velayati, a senior adviser to the supreme Leader of the Islamic Revolution Sayyed Ali Khamenei, in Beirut, Lebanon. – Hand out Lebanese Government

Ali Akbar Velayati, a top aide to Iranian Supreme Leader Ali Khamenei, said Tuesday that Tehran hopes Saad al-Hariri will return from Saudi Arabia and resume his position as Lebanon’s prime minister. “We support the unity between the March 8 and March 14 [alliances], which reached an agreement to form a government after a long time, and acted in unison to make Lebanon one of the region’s peaceful countries.

Velyati also rejected Hariri’s account of their meeting. “Mr. Saad al-Hariri mentioned something that was among Saudi demands. He said during our meeting he had he asked [Iran] to stop interference in Lebanon. However, he did not say any such a thing and our talks were actually not tense, hostile and threatening.”

There was also another conflicting information provided by Velayati and Hariri. Velayati said that Hariri had proposed to mediate between Iran and Saudi Arabia. However, a statement from Hariri’s press office swiftly refuted Velayati’s claim. “Prime Minister Hariri did not offer mediation between any countries,” the statement said. “He presented to Velayati his point of view about the need to stop Iranian interventions in Yemen as a gateway and a precondition for any improvement in ties between (Iran) and the kingdom,” it added. 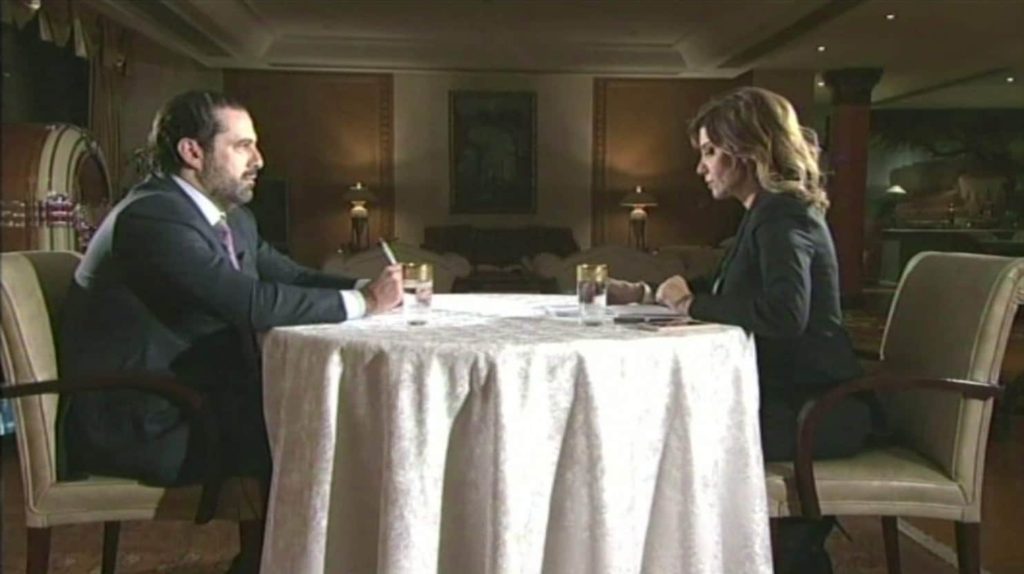 Hariri says he is “perfectly fine”, but not many believe him

Hariri wrote on Twitter that he was “perfectly fine” and would return, “God willing, to dear Lebanon as I promised”. On Wednesday he said he would return in a couple of days but that his family was staying in Saudi Arabia, calling it “their country”.

Hariri holds Saudi nationality and his family fortune is based on the construction company – Saudi Oger – built by his father Rafik al-Hariri, who served twice as Lebanese prime minister and was assassinated in 2005.

Okab Sakr, a member of parliament for Hariri’s Future Movement, told Reuters he had spoken on Wednesday to Hariri and that he told him neither he nor his family were being held.

On Tuesday, European Union foreign policy chief Federica Mogherini said after meeting Bassil in Paris that she expected Hariri and his family to return to Lebanon soon.

Sources from across Lebanon’s political spectrum have said Hariri struck a more compromising tone in his Sunday interview than in his resignation statement, when he bitterly attacked Iran and Hezbollah.

The sources said this represented a retreat by Riyadh attributable to Western pressure. On Wednesday, Aoun said Riyadh had not responded to Arab countries who tried to secure Hariri’s return so he had asked the international community to help.