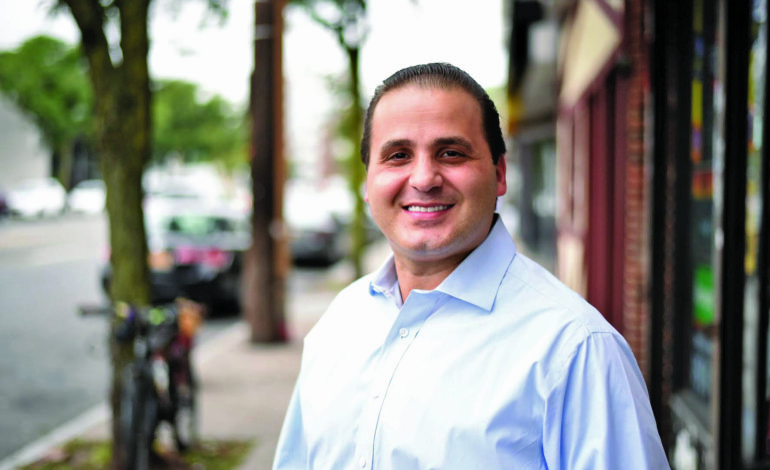 Khader, 41, had never held elective office, but said he decided to run after he left his CIA position and moved back to Yonkers to be part of the change he wanted to see in his hometown.

“Public service is a privilege and an honor,” Khader told The AANews. “I felt that a positive change was needed in the city that I love and I felt that City Council president was the best option to make that positive impact.”

According to the Westchester County Board of Elections, Khader garnered an unofficial total of 16,673 votes at 54 percent, while his opponent received 14,139 at 46 percent.

Khader is the first Arab American to win the council president’s seat in Yonkers.

“We have a $1.2 billion dollar budget and we have a strong form mayor form of government,” he said. “The mayor and the City Council president’s offices are city-wide offices and the president sets the legislative agenda and leads the council meetings.”

The City Council president serves for four years and is limited to two terms.

He said six other council members are also elected throughout city districts, which encompass around 200,000 residents.

Born in Yonkers to Jordanian parents, who moved to the city in 1963, Khader said he’s well aware of the challenges his city faces and that’s one of the reasons he connected to people.

“I was born and raised in the southwest part of the city, which is a heavily minority area,” he said. “Once I started getting my message out there, there was a connection… They finally had a voice.”

He said people also wanted new blood and someone invested in the city. Khader said he’s a homeowner and established his law firm in Yonkers. His children also attend Yonkers Public Schools.

During his campaign Khader faced racism as an Arab American, but did not let hate win.

“Racism reared its ugly head without a doubt,” he said. “There were whisper campaigns, hate and bigotry. And, what we tried to do is stay positive and stick to our message… It’s unfortunate that it happened, but we prevailed.”

Khader said he plans to lead on acceptance and diversity, the same way he views his city.

“I believe Yonkers is the microcosm of this country,” he said. “We’re not just a nation of immigrants, we’re a city of immigrants… We are all welcome… We are more alike than we are different and now every immigrant community has a seat at the table and will have a voice… Yonkers accepts diversity and that’s going to be a benchmark of the administration I want to build.”

Khader advised Arab Americans who want to run for office, but are afraid to due to the social climate, to take risks.

“Great risk leads to [a] great reward,” he said. “We’re creatures of habit and many times people are reluctant to accept change. We get into a routine and we get into the status quo. [My advice] is believe in your vision, develop a plan, develop a message and stick with it. Don’t be sidetracked by the distractions.”

He said he’s currently focused on generating union jobs and employing residents of Yonkers in its current construction boom. He will also be tackling the overcrowding issue in the school district, which consists of more than 27,000 students, by building new schools.

Khader expressed appreciation for the support and messages he received from the Arab American community nationwide and promised he won’t let anyone down.