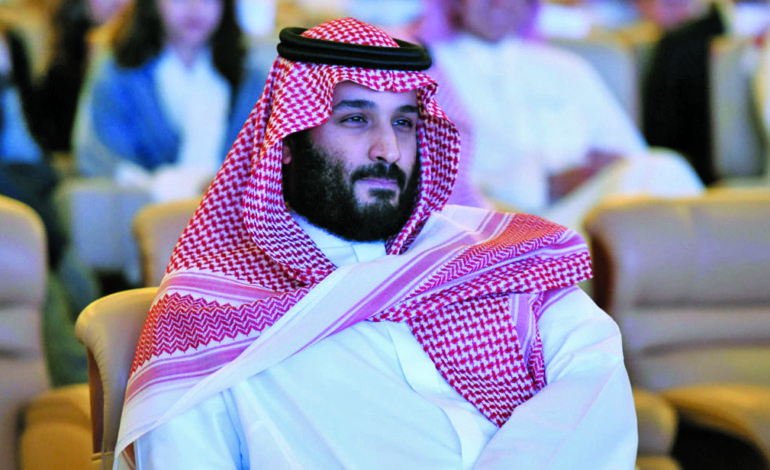 If the crown prince of Saudi Arabia has in mind a war with Iran, President Trump should disabuse his royal highness of any notion that America would be doing his fighting for him.

Mohammed bin Salman, or MBS, the 32-year-old son of the aging and ailing King Salman, is making too many enemies for his own good, or for ours.

Pledging to Westernize Saudi Arabia, he has antagonized the clerical establishment. Among the 200 Saudis he just had arrested for criminal corruption are 11 princes, the head of the National Guard, the governor of Riyadh and the famed investor Prince Alwaleed bin Talal.

The Saudi tradition of consensus collective rule is being trashed.

MBS is said to be pushing for an abdication by his father and his early assumption of the throne. He has begun to exhibit the familiar traits of an ambitious 21st century autocrat in the mold of President Recep Tayyip Erdogan of Turkey.

Yet his foreign adventures are all proving to be debacles.

The rebels the Saudis backed in Syria’s civil war were routed. The war on the Houthi rebels in Yemen, of which MBS is architect, has proven to be a Saudi Vietnam and a human rights catastrophe.

The crown prince persuaded Egypt, Bahrain and the UAE to expel Qatar from the Sunni Arab community for aiding terrorists, but he has failed to choke the tiny country into submission.

After embattled Houthi rebels in Yemen fired a missile at its international airport, Riyadh declared the missile to be Iranian-made, smuggled into Yemen by Tehran and fired with the help of Hezbollah.

The story seemed far-fetched, but Saudi Foreign Minister Adel al-Jubeir said the attack out of Yemen may be considered an “act of war” — by Iran. And as war talk spread across the region last week, Riyadh ordered all Saudi nationals in Lebanon to come home.

Riyadh has now imposed a virtual starvation blockade — land, sea and air — on Yemen, that poorest of Arab nations that is heavily dependent on imports for food and medicine. Hundreds of thousands of Yemeni are suffering from cholera. Millions face malnutrition.

The U.S. interest here is clear: No new war in the Middle East and a negotiated end to the wars in Yemen and Syria.

Hence, the United States needs to rein in the royal prince.

Yet, on his Asia trip, Trump said of the Saudi-generated crisis, “I have great confidence in King Salman and the crown prince of Saudi Arabia; they know exactly what they are doing.”

Do they? In October, Jared Kushner made a trip to Riyadh, where he reportedly spent a long night of plotting Middle East strategy until 4 a.m. with MBS.

No one knows how a war between Saudi Arabia and Iran would end. The Saudis have been buying modern U.S. weapons for years, but Iran, with twice the population, has larger if less-well-equipped forces.

Yet the seeming desire of the leading Sunni nation in the Persian Gulf, Saudi Arabia, for a confrontation with the leading Shi’a power, Iran, appears to carry the greater risks for Riyadh.

For, a dozen years ago, the balance of power in the Gulf shifted to Iran, when Bush II launched Operation Iraqi Freedom, ousted Saddam Hussein, disarmed and disbanded his Sunni-led army and turned Iraq into a Shi’a-dominated nation friendly to Iran.

In the Reagan decade, Iraq had fought Iran as mortal enemies for eight years. Now they are associates, if not allies.

The Saudis may bristle at Hezbollah and demand a crackdown. But Hezbollah is a participant in the Lebanese government and has the largest fighting force in the country, hardened in battle in Syria’s civil war, where it emerged on the victorious side.

While the Israelis could fight and win a war with Hezbollah, both Israel and Hezbollah suffered so greatly from their 2006 war that neither appears eager to renew that costly but inconclusive conflict.

In an all-out war with Iran, Saudi Arabia could not prevail without U.S. support. And should Riyadh fail, the regime would be imperiled. As World War I, with the fall of the Romanov, Hohenzollern, Hapsburg and Ottoman empires demonstrated, imperial houses do not fare well in losing wars.

So far out on a limb has MBS gotten himself, with his purge of cabinet ministers and royal cousins, and his foreign adventures, it is hard to see how he climbs back without some humiliation that could cost him the throne.

Yet we have our own interests here. And we should tell the crown prince that if he starts a war in Lebanon or in the Gulf, he is on his own. We cannot have this impulsive prince deciding whether or not the United States goes to war again in the Middle East.

We alone decide that.

-Patrick Buchanan has been a senior advisor to three presidents, twice a candidate for the Republican presidential nomination and the nominee of the Reform Party in 2000.