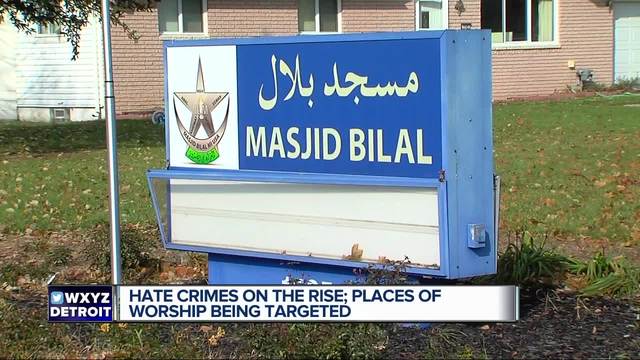 DEARBORN HEIGHTS — The Dearborn Heights Police Department is conducting a joint investigation with the FBI and other local law enforcement agencies after finding threats to houses of worship and an abandoned firearm in a bag.

None of the religious institutions threatened are located in Dearborn Heights, but in other cities; they’ve been notified, along with their local law enforcement agencies, to take caution. According to police, the threats have not been assessed as credible.

However, the investigation is ongoing.

Masjid Bilal in Canton and the Westminster Presbyterian Church in Grand Rapids were two of the places circled on the map that are possibly in danger. The masjid is hiring security and the church is closing its doors for now.

According to WXYZ, the threats were made on the same day the FBI released a report that shows that the hate crime rate in the US is increasing and is the highest in U.S. history since the 9/11 attack.

Also the FBI report reveals that there have been around 400 hate crimes against Muslims in Michigan in 2016 alone.