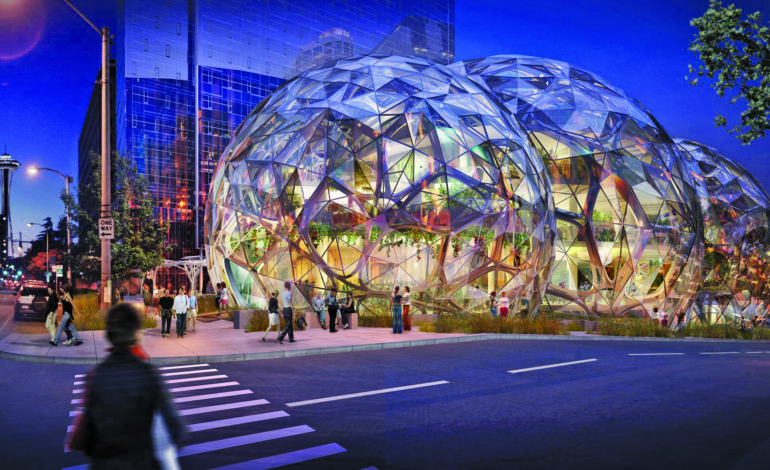 By Keith A. Owens

Amazon announced on October 5 that it is planning to open a second headquarters, to be called Amazon HQ2. Facing steep competition – and some might say steeper odds – a broad list of 59 local and regional power players, led by Rock Financial’s Dan Gilbert, is betting Detroit can convince Amazon that the Motor City is home sweet home – as well as a swell place to park all those jobs and all that cash.

I asked a cross-section of those committee members to share their thoughts on why they think this is such a big deal. For all of Detroit. Amazon set an Oct. 19 deadline  for cities to submit bids.

Why should your average Detroiter care about whether or not Detroit lands Amazon? Nearly more than one-third of Detroiters are living at or below the poverty line, and more than that are functionally illiterate. How will landing Amazon improve their lives?

Opportunity is what lifts people out of poverty and bringing Amazon to Detroit would create a level of opportunity we’ve not seen in generations. Amazon could create up to 50,000 jobs in the Metro area.  While we still are learning exactly what types of jobs would be included in the 50,000, there’s no doubt they will span a wide variety of job sectors and skill levels. One of the things Detroit needs most is more jobs in the city limits.  The income taxes alone that would be generated by 50,000 jobs would be a tremendous boost to the city’s tax base. That’s money we could use to fund critical city services and continued investment in our neighborhoods.

A development of this magnitude would bring jobs and investment at levels few projects could. It will also significantly impact the tax base, which will better fund the services the city provides to its residents. Now, if you’re sitting below the poverty line or struggling to find a job, that may not get you excited. I wouldn’t blame you if you felt that way. But this level of outside investment would infuse the city with energy and resources that weren’t there beforehand. That’s going to create opportunities and impact throughout the region.

Detroit’s selection as Amazon’s HQ2 can result not only in a new industry coming to the city, but additional job opportunities, a boost to second-tier sourcing and stimulation of the entrepreneurial sector. According to a recent report from Detroit Future City, there are not enough jobs for Detroit residents (30 jobs for every 100 residents). Amazon’s entry into the Detroit market will boost available slots in the private sector. The challenge will be to identify and train the thousands of Detroiters who will need to fill professional, skilled and non-skilled labor slots. The Detroit Employment Solutions Corporation has slightly improved job placement results, but targeted actions must continue to be ramped up to meet Amazon’s need. Research into the specific position requirements and skill sets will be necessary to design demand-based training that leads to placement and sustainability.

The average Detroiter should care about Amazon coming to Detroit for several reasons.  To outline the one most obvious to me:  Amazon would bring thousands of new technology-related jobs to Detroit.  That will not only add significant business and payroll taxes to the city, which can, in turn, be used to improve public services to all citizens, it will also create more demand for incremental jobs in various areas, such as legal, service industry, maintenance, hospitality, real estate, dry cleaning, physicians, etc. That’s good for our entire community.  Additionally, having thousands of jobs in this sector coming on line over the course of several years should encourage our educational institutions to adapt their curriculums to address these opportunities.

First, it increases the tax base, injecting new financial capacity into city’s government’s ability to provide all residents with improved public services.

Second, it contributes to long-term economic stabilization by helping diversify our economy.

Third, it provides a wide spectrum of possible employment ladders – in technology, e-commerce and logistics.

And fourth, it could accelerate the region’s adoption of a comprehensive, effective public transit system that ensures that all city residents have ready and affordable access to the region’s employment centers, health care facilities and recreational amenities.

But we cannot seek and embrace an investment of this type without insisting – guaranteeing – that the positive benefits are genuinely equitable. 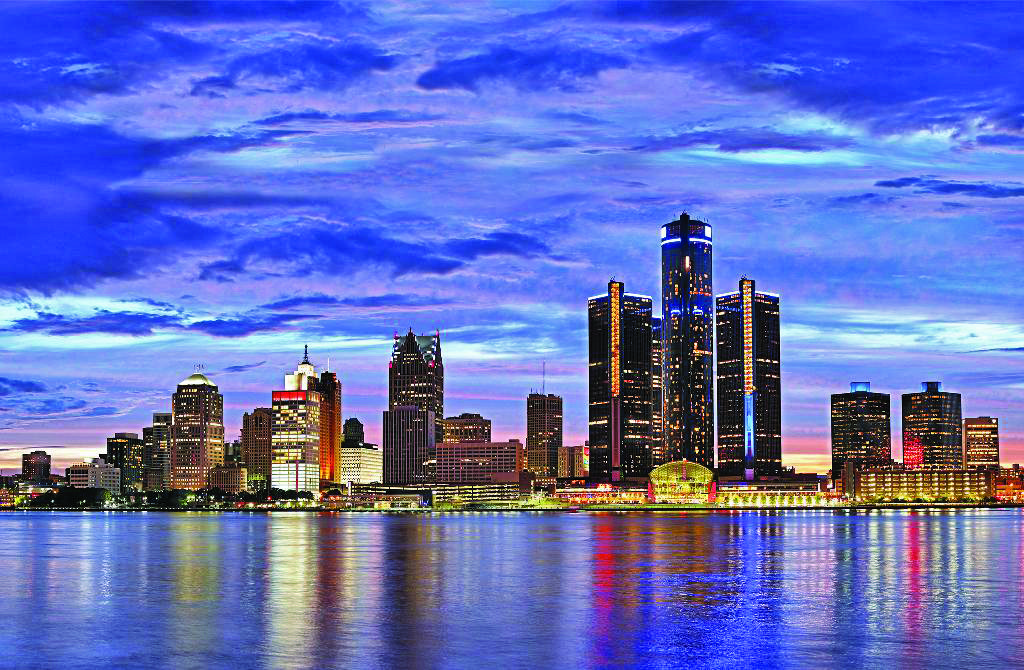 Landing Amazon will reportedly translate into thousands of jobs and job opportunities for Detroiters, perhaps more at one time that any time in Detroit’s recent history. But will Detroiters qualify for these jobs?

Again, these 50,000 jobs will span a wide range of employment opportunities – and that’s just direct Amazon jobs. We will also continue to implement new Detroit At Work programs to train Detroiters for careers such as software engineering and logistics. If Amazon chooses Detroit, we will have several years to ramp up and train as many Detroiters as possible so they are prepared for these jobs when they become available.  Detroit also is one of very few cities nationally that has a program – The Detroit Promise – that guarantees any high school graduate will have the opportunity to go to college and get the education and training they need to land these high paid Amazon jobs.

There has been a stronger effort in recent years to help more Detroiters pursue training and education needed in today’s workforce. There’s obviously more work to do on that front, but we’re making progress and this project can hopefully move us closer to the day when we don’t have to ask that question.

Detroiters are more than ready to qualify for positions at Amazon, with the ability to respond quickly to training and development. Also, our graduating students from local and national colleges and universities are an untapped resource. They should be strongly recruited to remain and/or return to Detroit to live, work and play. Amazon’s presence would boost Detroit’s tax base, which could provide greater amenities that might attract and retain additional workers.

We will need a comprehensive plan to reach the approximately 50 percent of working-age Detroiters who have fallen off the radar screen as it relates to employment. Vigorous outreach to those under the poverty line, using unconventional methods, will be crucial.

Yes, Detroiters who have skills in coding, technology and supply chain logistics will be in high demand – today and tomorrow – by companies like Amazon.  Detroiters, who today lack those skills, can still benefit from the spin off jobs created by an influx of higher income technology workers.  More importantly, this opportunity highlights the importance that both our present-day workforce and those soon to enter it, regardless of skill level, need to learn about these new technologies and acquire the requisite skills to be relevant in the 21st Century workplace.

In addition to the direct jobs proposed by Amazon, a development of this size has the potential to not only create thousands of indirect jobs, but to help sustain and grow businesses of all sizes that will be essential to support Amazon, its employees and visitors. From construction and professional services, to vendors and surrounding retail, restaurants, entertainment and hospitality, there will be an impressive cascading of new, resultant employment opportunities.

But the community must prioritize what that means for Detroiters. Working together, government, business, nonprofits and philanthropic sectors must make a concerted effort to challenge the barriers that leave too many of our citizens behind.

Amazon obviously has a clear idea of what it wants/needs from wherever it chooses to locate its new headquarters. But what does Detroit want/need/expect from Amazon?

We’d expect from Amazon what we expect of any company that locates in our city, which is to be a good corporate citizen and create jobs and opportunities in Detroit.

Working with Amazon to locate facilities in Livonia and Romulus, we have some familiarity with them. This project would root them deeper into our community and we feel they’ll contribute in significant ways that stretch well beyond their daily business. That’s what you want all corporations to do, and this wouldn’t be any different.

Attracting Amazon to Detroit could enhance our standing as a rebounding urban area, bringing additional attention, population growth and funding to the region. Along with employment opportunities, Amazon could become a strong public/private partner and corporate citizen, particularly with our school system. Following the Ford Foundation’s lead of “adopting” schools, I would like to see Amazon take a similar approach. Another area of interest is expanding international trade and commerce with our neighbor, Canada. Strong advocacy and sponsorship of regional transportation would be a plus too.

What I want from Amazon is a commitment to mentor Detroit’s kids, to showcase how working hard in school can benefit them in the long term.  I want them to go out of their way ensure that people of color and women are afforded opportunities up and down their organizational charts.  I want them to go out into the communities and touch and feel Detroit and not be behind the tall walls and fences of a single campus.  I want them to support our charities, our phenomenal cultural institutions, and our civic initiatives.  In short, I want them to be leaders and to be great corporate citizens.

The Amazon bid will be a hollow exercise if we don’t use it to do more – to view it as an inflection point for insisting that we put in place the necessary ingredients for our continuing renewal to become increasingly equitable, inclusive, and just.

What does that mean? An effective regional transit system, including within the city itself. Safe, healthful and affordable housing. Commercial nodes and corridors populated with small businesses that build wealth and provide neighborhoods with a full spectrum of goods and services. [Just to name a few].

– Keith Owens is senior editor
of the Michigan Chronicle

Responses were edited for length

New Michigan Media (NMM) is the collaboration of the five leading minority media outlets in the region. The New Michigan Media Newspapers have a combined estimated reach of more than 140,000 weekly, and include The Latino Press, The Michigan Chronicle, The Jewish News, The Michigan Korean Weekly and The Arab American News.  For the past three years, NMM has also been a member of the Detroit Journalism Cooperative (DJC), the unique collaboration between some of the leading media outlets of the region, which includes The Center for Michigan’s Bridge Magazine, Detroit Public Television, Michigan Public Radio and WDET. Funded by the John S. and James L. Knight Foundation, the DJC aims to report about and create community engagement opportunities in Detroit and the region. The article you are reading is part of the DJC project of this year and will appear in all the NMM member newspapers, as well as with the DJC partners.