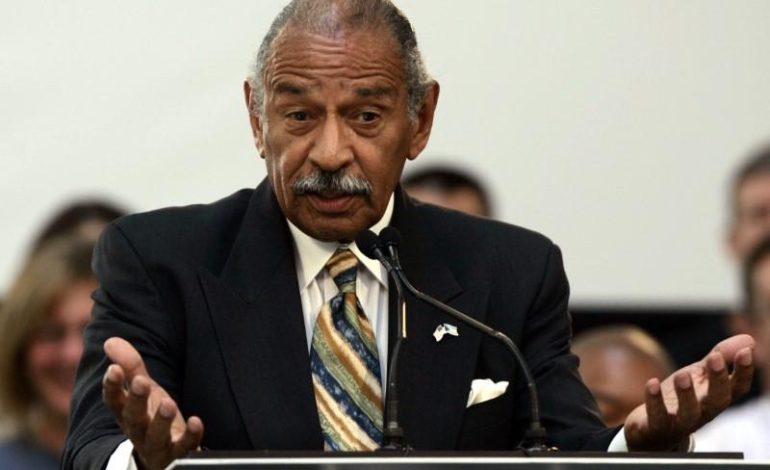 WASHINGTON — House of Representatives Democrats called for an investigation on Tuesday into allegations of sexual harassment against U.S. Representative John Conyers (D-Detroit), who said his office had resolved a harassment case with a payment but no admission of guilt.

Minority Leader Nancy Pelosi, in a statement on fellow Democrat Conyers, said, “Any credible allegation of sexual harassment must be investigated by the Ethics Committee.”

Earlier on Tuesday, Conyers issued a statement after a BuzzFeed News report cited allegations from former staffers that he made sexual advances to female staff.

The congressman from Michigan did not give details of any allegation but said he would fully cooperate in any House investigation.

“In this case, I expressly and vehemently denied the allegations made against me and continue to do so,” Conyers said in a statement.

“My office resolved the allegations – with an express denial of liability – in order to save all involved from the rigors of protracted litigation.  That should not be lost in the narrative.” The statement said the resolution of the allegation was equal to a reasonable severance payment.

U.S. Representative Jackie Speier, a Democrat who has been a leader in pushing the House to revise outdated policies on sexual harassment complaints, also called for an investigation.

“The allegations of sexual harassment and misuse of congressional funds against Congressman Conyers are serious & require an immediate Ethics investigation,” she said on Twitter.