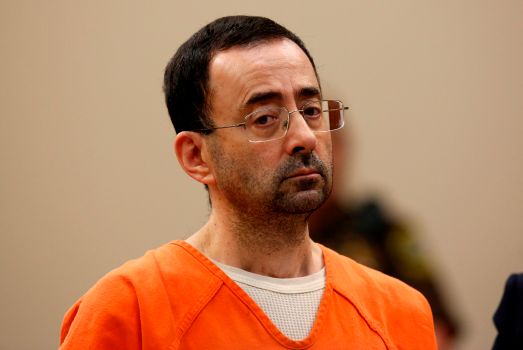 Nassar’s sentencing hearing has been set for January 12 when all of the 125 victims or their parents will be allowed to give victim impact statements.

Nassar was the team physician for the Michigan State University gymnastics and women’s crew teams as well as an associate professor at MSU’s College of Osteopathic Medicine. He served as the USA Gymnastics physician through four Olympic Games.

The plea deal with prosecutors calls for a minimum prison sentence of 25 years but the judge could set the minimum as high as 40 years.

Nassar’s plea deal follows claims by two of the United States’ s most decorated gymnasts Aly Raisman and Gabby Douglas that they had been sexually abused by the former USA Gymnastics team doctor.

Three-times Olympic gold medalist Douglas said on Tuesday she was sexually abused by Nassar while Raisman, also a three-times gold medalist, made similar allegations in an interview with CBS News program “60 Minutes” on Sunday.

In a statement after the plea in court on Wednesday, Vassar’s attorneys, Matt Newburg and Shannon Smith, said that the “agreement resolves all the charged and uncharged conduct for more than 125 cases currently under investigation by the Michigan Attorney General’s office”.