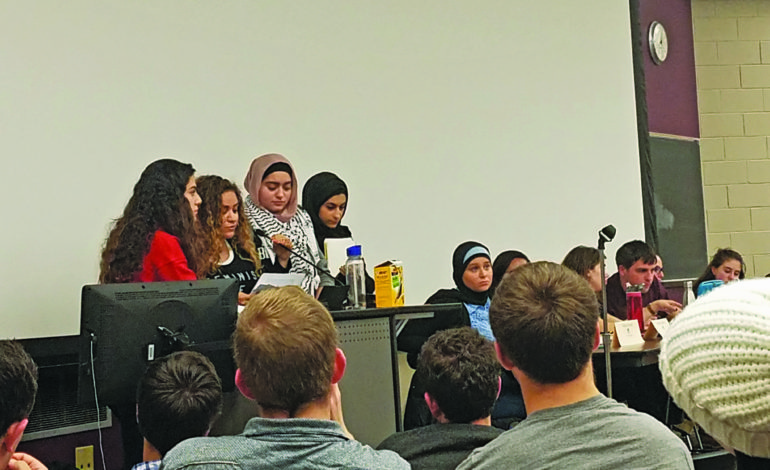 Authors of the resolution speak

ANN ARBOR — In the wake of the passage last week of a #UMDivest resolution at the University of Michigan, Ann Arbor Central Student Government President Anushka Sarkar said in a statement that she believes the resolution’s intent, “is to elevate a marginalized community’s voice, voices that have been muffled and diluted, year after year.”

On Nov. 15, the Central Student Government passed a resolution aimed at investigating the companies with which the University invests, with 23 students voting for, 17 against and five abstaining. The resolution intends to determine which companies profit from the violation Palestinian human rights.

“I believe the students who advocate for the investigation of companies in which the University of Michigan is invested that are tied to the violation of Palestinian human rights do so because they believe in advocating for what is just,” Sarkar wrote. “I believe the authors and advocates of this resolution do not intend to target Jewish people, and I do not believe that criticism of Israel is inherently anti-Semitic.”

It will now be up to the Board of Regents to implement the resolution or disband it.

“It is time for this issue to be elevated to the Board of Regents, regardless of the decision that it chooses to make on this question,” Sarkar wrote. “In coming years, I am hopeful that the advocacy around this issue will continue to grow inclusively under the framework of community-building and finding common ground.”