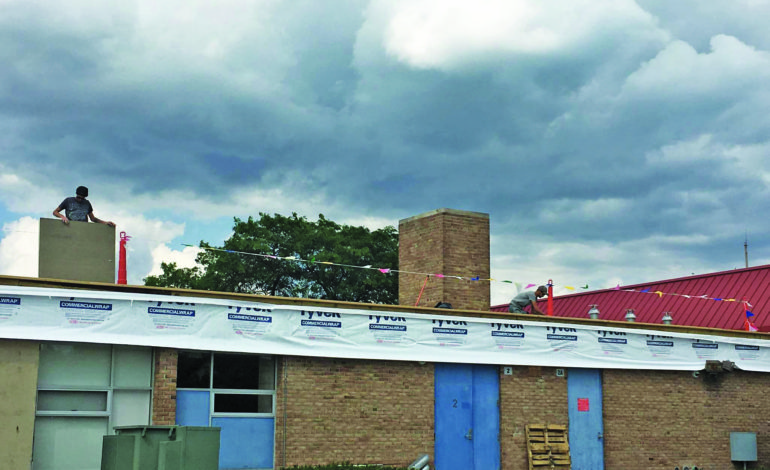 DEARBORN HEIGHTS — The Crestwood School District’s facilities will look very different for students and faculty going back to school next fall.

Major renovations to buildings across the school district are well underway, following the passing of a $35 million bond last May that’s set to thoroughly replace damaged property, future-proof classrooms and improve the quality of education, according to Laurine VanValkenburg, the district’s superintendent.

Ceiling leaks, broken chairs and outdated technology have troubled students and staff for decades, forcing them to work around and temporarily patch some of the deterioration.

A breakdown of the investment includes $25 million for security and general building improvements, $5.4 million for expanded property enhancements, $4.1 million to upgrade technology and half a million dollars to replace equipment. Finding more space in all buildings to fit increasing number of students enrolling in the district is a top priority for administrators, who meet with architects and engineers on weekly basis, she said.

She added the district’s enrollment has been gradually growing every year and is now at the 4,000 mark.

Currently, the schools employ an inexpensive buzzer system, where guests are viewed through a low-quality camera before being let in.

To fix that, major overhauls to the technology throughout the facilities are required – starting with door locks and a phone system.

All the buildings’ telephone systems have also been upgraded for the first time since they were installed about 15 years ago.

“The phone system is so old that they cannot update the software for it,” VanValkenburg said. Doors and other entry points in all schools will no longer use traditional keys; instead they’ll be accessed with a keycard, programmed to limit individuals’ access to specific locks and times.

However, VanValkenburg added that the district is having trouble hiring security personnel at the middle and high schools.

At Riverside, a parent, who is also a substitute teacher, patrols the halls.

Crestwood High School’s outer façade will get a complete makeover this summer, with new windows and doors.

Crestwood, Riverside and Kinloch schools will have new canopies, both to fix deterioration and to match the colors. VanValkenburg said the peak of the high school’s canopy is orange, when they originally ordered red roofing.

Auditoriums at both schools will also receive thorough upgrades, as new seating, flooring, lighting and curtains will be installed.

Their cafeterias, which have remained the same since the 60s, will get redesigns and new serving areas.

VanValkenburg said a hiccup has delayed redoing the swimming pool at Crestwood and that the district awaits the delivery of tiles from Italy.

New heating units and boilers will be installed at Hillcrest Elementary.