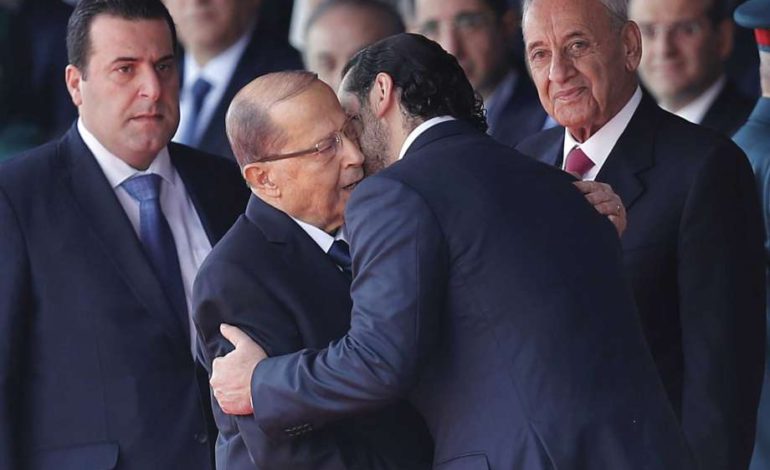 Saudi Arabia added this week another political downfall to its long list of successive defeats in Syria, Yemen, Iraq, Qatar and Palestine. The last blunder of the immature Saudi Crown Prince was holding the Prime Minister of Lebanon Saad al-Hariri hostage and forcing him to abruptly resign from a discreet place in his fumbling kingdom, threatening a fragile amity among the Lebanese factions and attempting to destabilize the social and economic security of that tiny nation.

Add to the list of missteps the madness and media circus that was orchestrated and led by the “Saudi Minister of War on Lebanon”, Thamer Al-Sabhan, in which his attacks were focused partly on Lebanon’s President Michel Aoun who blocked their uncalculated adventure by discarding Hariri’s forced resignation because it was unconstitutional and should have been submitted in person to the head of the state and on Lebanese territory, calling on the Saudi’s to release Hariri or else.

In addition to the series of threats and intimidation leveled by Al-Sabhan and his cronies in some Lebanese and Arab media, which amounted to inviting, encouraging and a hint of funding another Israeli aggression against the Lebanese people. In doing so, the Saudi Royals further uncovered a long secretive relation with the Israeli oppressors and occupiers, which was only a speculation in the past. Today, the unholy alliance between the two similarly declining entities has become visibly undisputed.

But in their attempt to due harm to Lebanon in the last two weeks, the Saudi adventurers handed a great political achievements to the Lebanese people and to Saad al-Hariri in particular. These achievement exemplified is the double celebrations that Lebanon held on the occasion of its 74th independence and the return of its prime minister from the Saudi detention, which was received by an overwhelming reception from all Lebanese.

It was very obvious from Hariri’s actions after his return to Beirut on Tuesday, from the warm reception he received and reciprocated with the top Lebanese leaders who gathered at the Independence Parade, to the emotional speech that he gave from the balcony of his home in the heart of Beirut addressing large enthusiastic and supportive crowd that gathered from all corners of Lebanon, that the man was held in Saudi Arabia against his will. He thanked the crowd that came to “check on me” in an apparent hint to his short captivity ordeal. However, It was noticeable and unprecedented the absence of any mention of Saudi Arabia in his speech, which he never fails to thank its rulers in every speech he previously gave.

Perhaps the most telling action of the turning events in Lebanon’s shortest political crisis is Hariri’s decision to suspend his short lived forced resignation in a statement  read from the presidential palace following a meeting with President Michel Aoun and Speaker Nabih Berri and after a rare display of unity among Lebanese main political factions, which dealt another blow to the Saudi primitive plot.

They say, a picture is worth a thousand words, it can’t be more fitting than the picture taken during of Hariri while shaking the hand of the Iranian Ambassador to Lebanon with both of his hands during a presidential reception on the occasion of Lebanon’s independence held at the presidential palace in Baabda one of Beirut suburbs. The irony here is that during the Saudi’s televised dictated resignation statement, in comments directed at Iran, Hariri said the Arab world would “cut off the hands that wickedly extend to it”.

It is unclear at this time what kind of relationship will develop between Hariri and the Saudis who have been his long time backers financially and politically. It is not easy nor it is affordable for Hariri to terminate his alliances with the Saud family, but certainly the hostage taken fiasco will leave its scars on his future relation with the new kingdom as it is led by the Crown Prince Mohammad bin Salman, also known as MBS.

For the time being, Hariri has become a national leader which embodies the dignity and integrity of Lebanon. He is riding high with an exceptional surge in popularity which he is expected to invest it wisely in cleaning his “Blue Team”, consolidating his reign over the Future Movement and maintain his parliamentarian bloc, if not increase it, in the upcoming election.

It is interesting to watch if and how will Saad al-Hariri drift form his Saudi shepherds and dive deeper in his Lebanese identity, after it became clearer to him who was rooting for him in his darkest moments and who was plotting against him. In his speech he indicated that “Lebanon Comes First”, will he be a Lebanese first and foremost, time will tell.